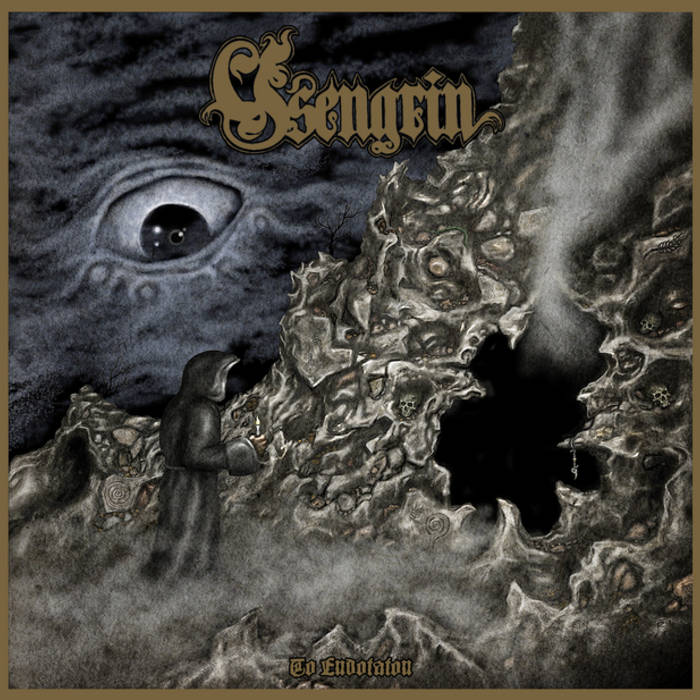 bcb723 This is a total work of art. Not a wasted second in the entire 40 minute piece. The guitars are just so good... an under the radar modern classic. I remember immediately hitting repeat after first hearing this song. It is just that good.

Ippocalyptica I am normally very suspicious of one-track albums, as the execution almost always leaves something to be desired, but I trust I, Voidhanger more than any other record label due to its incredible track record of consistent quality, and my trust was well placed in Ysengrin’s To Endotaton. This is a mix of death, black and doom metal and it works very well, with several memorable riffs throughout the entire track (including one motif that is revisited many times). This album could have been split into about four songs without hurting its flow at all, but at just 40 minutes in length anyway, the task of listening to this is far from arduous. This is worthy of respect. Favorite track: To Endotaton.

Under the guidance of French guitarist/vocalist Guido Saint Roch and his La Guilde De La Malabeste, YSENGRIN play what they call hermetic dark metal: esoteric, occult music that reminds of a Middle-Age of metal when there were no boundaries between its sub-genres, and spontaneity and attitude were the most important values.
With their elegant yet primitive style, YSENGRIN capture the essence of early 90s Hellenic black metal as well as Mortuary Drape's morbidity and death fascination, dipping everything into the doomy, 70s-tinged heavy metal of Death SS and Mercyful Fate.

Graced with a cover painting by reknown Finnish artist Turkka G. Rantanen (Adramelech, Demigod, Depravity, Demilich and many others), YSENGRIN's third full-length,"To Endotaton", is a conceptual one-track album of 40 minutes that describes an initiatic rite taking place in the dark meanders of a cavern.

Sometimes cryptic and melancholic, other times triumphantly epic and darkly psychedelic, enriched with delicate acoustic passages, sumptuous guitar solos, eerie keyboards and deep growls, "To Endotaton" is the allegory of a mystical journey through the deepest recesses of the soul, in search of "la Lumière qui surpasse touts les lumières", the Light which surpasses all lights.