The Order Of The Solar Temple

by THE ORDER OF THE SOLAR TEMPLE 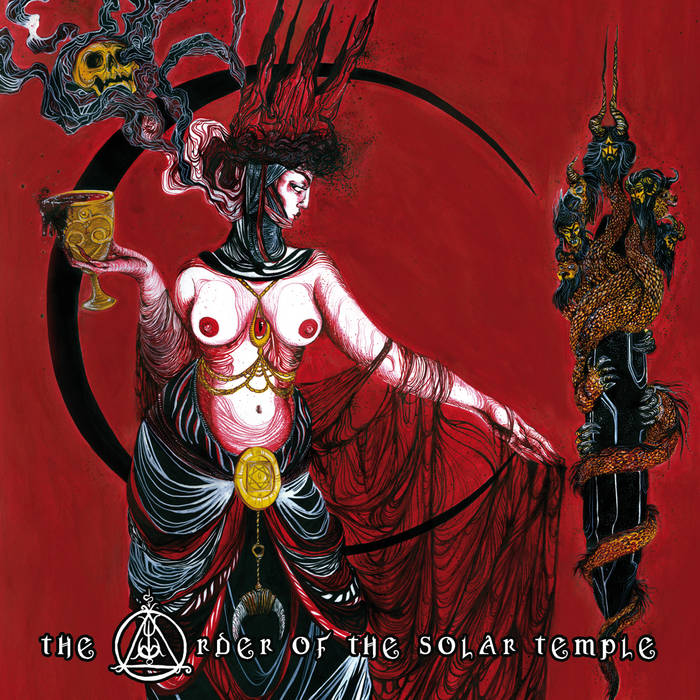 FDJ Wonderful album that has been tagged as doom here on BC but sounds like quality late 70's early 8o's classic rock to these ears. Shades of NWOBHM but also has a Dio era Rainbow vibe going on. Love this. Favorite track: Aeon Of Horus.

I Am the METEMPSYCHOSIS.

Hallowed be Thy Tunes

There was a time in the History of Hard Rock and Heavy Metal when the boundaries of those genres were blurry and it was natural for them to flow together into powerful musical expressions, very often under the flag of occultism and esoterism. Today, those times of great ardour and creativity revive in the arcane melodies of THE ORDER OF THE SOLAR TEMPLE, a wicked congregation performing strange rituals in the ancient magik of rock and roll.

Conceived in 2012 by Canadian singer/guitarist Matt "Macabre" Emery - once in the ranks of Funeral Circle and other Vancouver's metal acts - THE ORDER OF THE SOLAR TEMPLE plaits the occult-tinged proto-metal of Blue Öyster Cult with the dark, introvert visions of Paul Chain; the doom arabesques of Pagan Altar with the dreadful metal outbursts of Demon and Mercyful Fate; the teachings of Aleister Crowley with the denim-and-leather philosophy of the first metal era.

"The Order Of The Solar Temple" is the band's spectacular eponymous album. A mass of overdrive, grandiose chants and pulsing sonic frequencies beckons you. Discard your robes and close your eyes...