by HOWLS OF EBB 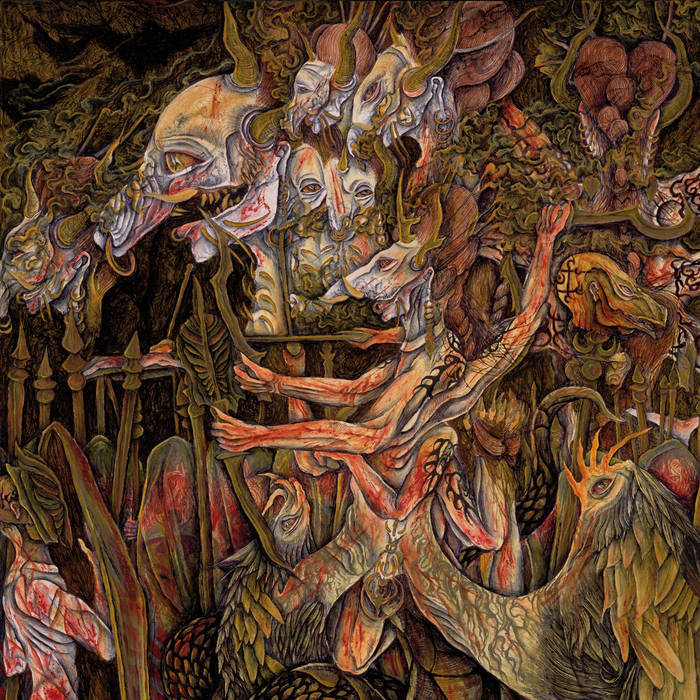 Riley Kopp I still hold this LP as one of the greatest metal albums of the 2010s. there is simply nothing like this record in the metal realm during that time. The guitar tone, the disturbing shifts & progressions, the bloated & swampy atmosphere as if Tom Warrior himself is being dragged through mud. I still have yet to hear anyone really surpass the attitude & sheer vision this act adhered to.

Truly a gem, and a shame such an act called it quits at all, but that's the way art tends to behave I suppose. Favorite track: Iron Laurels, Woven In Rust.

dyingstarsinmyeyes Incredible black/death/doom album. Ambient and surreal, you can get totally lost in this. Plus, someone give the person who painted the cover art a fucking award already. Goddamn.

Christian Pretty much on par with the debut, which is one of the greatest death metal albums ever, but much more of a grower. Kinda reminds me of Magma in that sense.
more...

Howls of Ebb (HoB) have crawled from the crevices to present a new MLP, "The Marrow Veil" which encompasses 3 new limbonic death hymns. "The Marrow Veil" is a transient departure from last year's acclaimed debut album, "Vigils of the 3rd Eye"; yet, only in the sense of removing an elusive insanity for a newer sort of methodical, and destructive mediation.

As HoB explains: "The two main movements (or sentinels) of 'The Marrow Veil' are growers; vines of blooming ash. Just let them slowly entangle you and blow you across the rubikon divine!"

Howls of Ebb is: