The Horizons Towards Which Splendour Withers 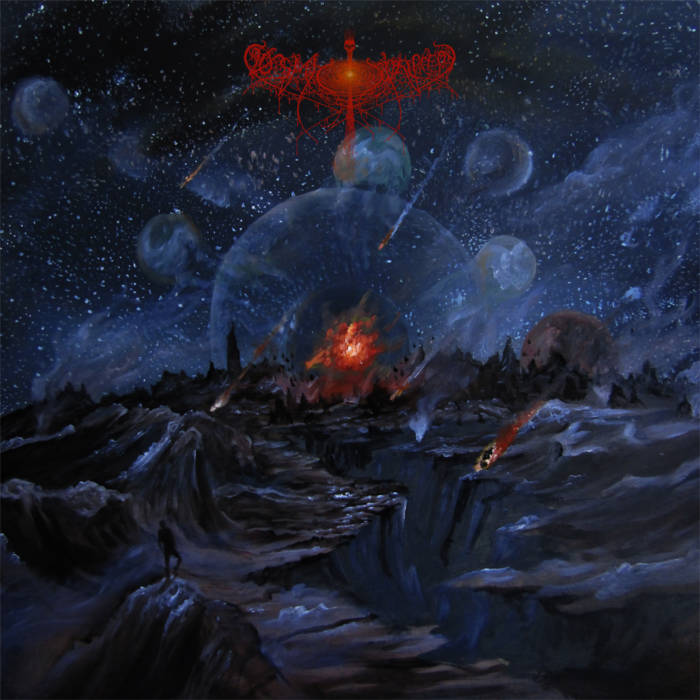 Grimmrobe The mire of space swallows your psyche and fractures your desolate soul.

Liege ov Void this album is extremely good, one of the best of 2020 for sure. well written and recorded, it pays tribute to bands such as gorguts and immolation but it has it own personality. a must have for any death metal fan. Favorite track: Utterance of the Fall of Man.

Evan Davis I love when a band sounds exactly like their name. Set your loins aflame with this intergalactic filth! Favorite track: Abysmal Resonance Projection.
more...

Having already proved his eclectic and multifaceted musical skills with projects like THE CLEARING PATH and SUMMIT, in 2019 the Italian composer G.G. brought to the world his most aggressive side, conveyed into the sonic grooves of COSMIC PUTREFACTION’s relentless debut album, “At The Threshold Of The Greatest Chasm”, a work mainly rooted in death metal and its most primitive, fast paced and old school facets. With the band's sophomore album, G.G. adds to that formula some of the progressive and esoteric aspects that characterized his other projects, but without sacrificing an ounce of the most nihilistic and vicious traits of COSMIC PUTREFACTION.

“The Horizons Towards which Splendour Withers” is a metal epic which conducts the listeners through otherworldly decaying landscapes, agoraphobic wastelands and desolate cosmic sceneries thanks to monstrous dissonant riffs, convulsing rhythms, and spiteful growls and shrieks. The band explores the whole panorama of extreme music and metal idioms incorporating the most diverse influences: from death metal to grind and doom metal, passing through atmospheric and progressive black metal, also treating itself with a fascinating, apocalyptic symphonic interlude that adds an avant-garde touch to the album's closing number.

COSMIC PUTREFACTION's “The Horizons Towards which Splendour Withers” is a dynamic, aggressive release of modern death metal that will leave the listeners with a deep sense of dismal bewilderment and alienation, excited and intrigued about the future steps of G.G's abominable musical creation.

G.G. - All instruments and vocals