The Gate And The Key 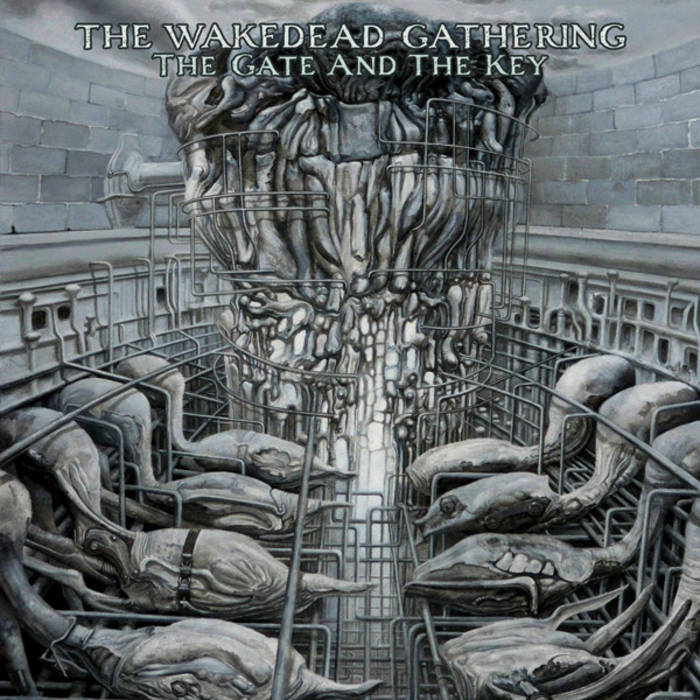 After the underground success of the "Tenements Of Ephemera" debut and the "Dark Circles" EP, THE WAKEDEAD GATHERING return with their sophomore full-length album, a fantastic piece of dark death metal and definitely a step forward in the band's natural evolution, once again in accordance with the genre's noblest tradition.

"The Gate And The Key" is a horror/sci-fi concept-album telling the story of a group of dimensional travellers passing through a black hole. The dark portal will precipitate them into an alien realm, where they are abducted, studied, and painfully morphed into a race of Lovecraftian entities inhabiting that dimension.
They will become the first seed of a new breed, the "key" that will open the "gate" for the Ancients Ones to penetrate our reality...

Music-wise, the album is filled with twisted riffs, doom decelerations, rapacious vocals, and menacing atmospheres of Cosmic Horror, in a perfect equilibrium between the crypt-sounds of early Incantation, and the dissonant, slanted death metal of early Morbid Angel, Demilich and Timeghoul.