The Female Of The Species 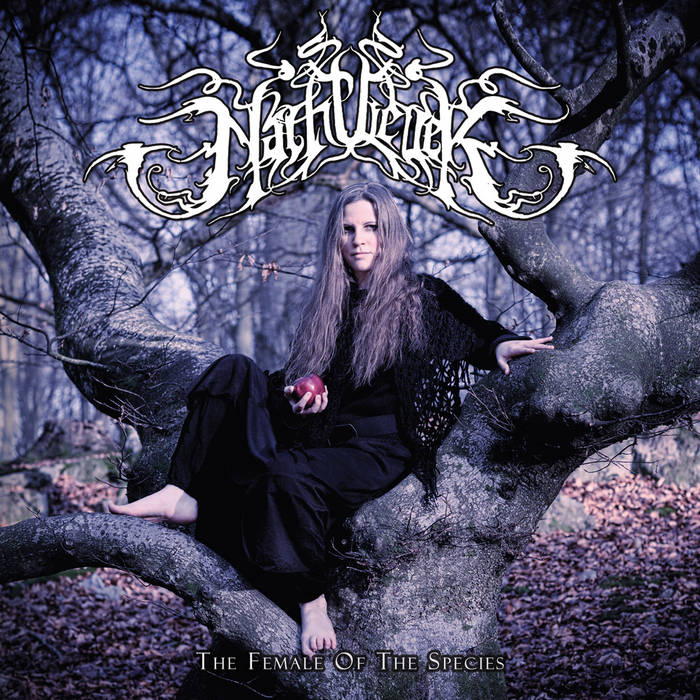 On the scene since 2008, Nachtlieder is the black metal project of Dagny Susanne, a Swedish valkyrie that has already pierced our hearts with her spear in 2013, when her eponymous debut was released. Differently from its predecessor, informed by feelings of desolation, loneliness and misanthropy, new album “The Female Of The Species” is primarily lead by a spiteful rage and a general aggressiveness, skillfully exalted by Tore Stjerna's production at Necromorbus Studio.

Nachtlieder's storming black metal assault is propelled by Martrum's masterful drumming and incited by Dagny Susanne's violent riffs and vocals, the latter a perfect balance of profound growls and screams of anger, even more effective during the doomiest moments of the album. “Musical minimalism is meant to invoke a hypnotic state,” Susanne explains, “but the focus on the aggressive and intense side of Black Metal will instead hold the listener on edge.”

The cover photo reflects the album concept. With the determination of a nouvelle Eve, Susanne sedates her thirst of freedom by setting Eden to flames; then stares into the fathomless dark, finally liberated. “The Garden of Eden is decaying,” she says, “and Eve's sudden revelation of desolation and mortality has grown into spite. Stepping barefoot in the soil, she finds her path under the frozen leaves. From birth and creation, through malicious meditation and destruction to the final liberation from liberation, Nachtlieder's second album tells one story of the female of the species.”