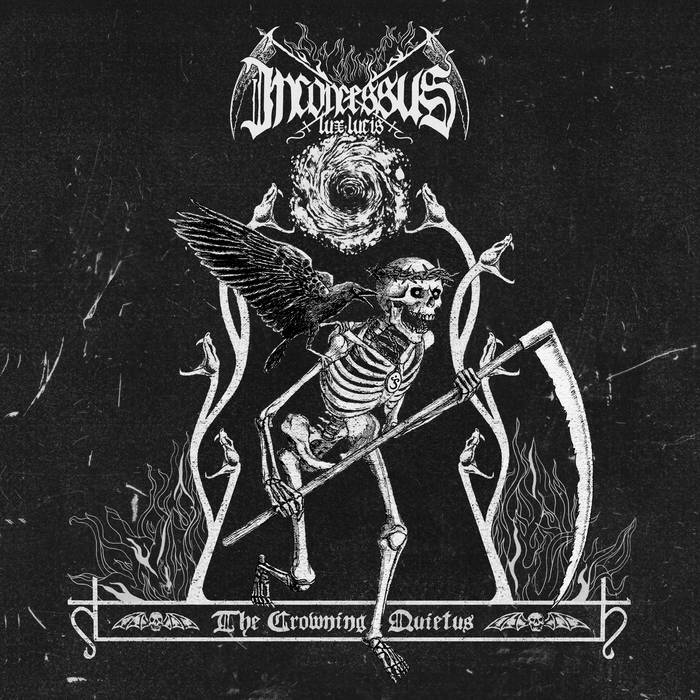 Bill Chiaradio I love finding hidden gems when browsing music sites. This album came out in 2017 and is amazing. Good mix of genres creating a pleasing sound to these ears. Seek this out for your listening pleasure.

Ädäm This album is a brute force, it´s an excellent, ingenious and outstanding riff inferno! A feast for the ears! Favorite track: At The Behest Of The Sinister Impulse.

Matthew Toye This duo falls into that very special category of bands like Mercyful Fate. They play a style of music, but get credited for creating another one. There's tons of sensational riffs on this black magic behemoth. Favorite track: At The Behest Of The Sinister Impulse.

“Rarely do bands show a passion and creativity that holds them apart from the herd, even rarer still do they have the talent to translate this drive in actual quality heavy metal that holds its head above the crowd – Inconcessus Lux Lucis deserve this accolade.”
– John McNulty, Iron Fist Magazine

INCONCESSUS LUX LUCIS are a UK based band who play a style of music that they call Saturnian Black Magick. Their music is firmly rooted in black metal, executed with a rock and roll attitude and with clear influences from classic heavy metal acts such as Iron Maiden, and Motorhead, as well exemplified in their previous EP, "Crux Lupus Corona", released in 2014 by I, Voidhanger Records.
After starting to perform live in 2015 the band have played a string of successful shows including two special guest performances on Mayhem’s recent De Mysteriis Dom Sathanas Tour.
Their live shows are incense filled, blood-drenched musical assaults that evoke an otherworldly, dark and mysterious atmosphere, an atmosphere which is in keeping with the overtly adversarial intent of INCONCESSUS LUX LUCIS and their mysticism laced, death venerating song lyrics.

In 2016 the band travelled to Stockholm, Sweden to record their second full-length album, "The Crowning Quietus", with Tore Stjerna at Necromorbus Studio, known for producing classic recordings with bands such as Ofermod and Watain. The result was a resounding success, INCONCESSUS LUX LUCIS produced a record of arguably their most refined and potent music to date, and with the assistance and expertise of Tore Stjerna they managed to capture the necrotic and violent atmosphere the band create when performing in a live setting.

"The Crowning Quietus" is due to be released on October 31st 2017 on CD and vinyl via I, Voidhanger Records and Invictus Productions respectively. In late 2017 and 2018 INCONCESSUS LUX LUCIS will be touring to support the release of the new album.

All music written and performed by INCONCESSUS LUX LUCIS

Recorded, mixed and mastered by Tore Stjerna at Necromorbus Studio