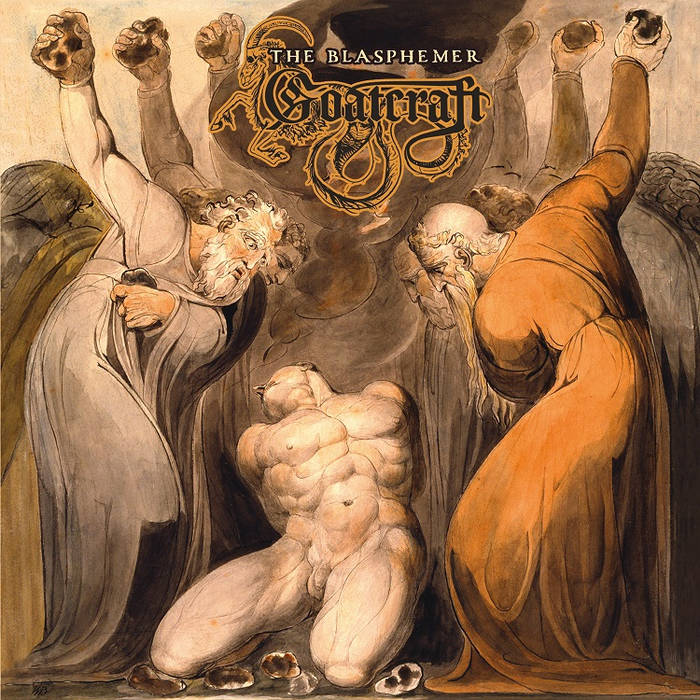 Javi_Djent This was 2017 first discovery and i really loved the dark sense in every track. Its filled with restless passages and formidable compositions. I do personally enjoy Goatcraft´s music while reading or working. Favorite track: Temptation And Fall.

Bardo Morales An excellent deep and beautiful tribute to William Blake's art and philosophy that expresses through keyboards to evoke - indeed - a magnificent shroud of human drama and cosmic existence. Favorite track: Hecate.

Nicholas Trandahl Such dark and atmospheric neo-classical music! Beautiful and haunting! Favorite track: In The Arms Of Pity.

GOATCRAFT began as a vision of frustration. Occult music had died a crass death, imitated into candy piece fragments of its original vision. Death metal had been absorbed by the insatiable obese monster that is rock music and had lost its spirit of tempestuous power, replaced instead by lite jazz and creeling self-pitying children. Even the rising dark ambient and neoclassical scenes seemed afloat on a river of fast food grease, sweltering in their own indirection.

With this massive failure pressing on his nerves like a forgotten shell fragment from a war long lost, Lonegoat decided in 2010 to overcome doubts and re-double the attack. The result emerged slowly, like a fern uncurling in morning dew, but the concept quickly strengthened itself as Goatcraft played a number of gigs opening for underground metal bands across Texas. What was at first a keyboard attack to rival the sonic intensity of death metal quickly became layers of neoclassical piano centering on dark concepts, and later with the addition of soundtrack-like dark ambient lush atmosphere, an entirely new type of music, baptized by Lonegoat himself as 'Necroclassical.'

During the hazy years of 2011 and 2012, Lonegoat refined his concept through many hours in isolation overlooking the dark and churning waters of Texas rivers. In 2013 Goatcraft opened the gates to the abyss with their debut album "All For Naught," released by Forbidden Records. 2014 sees Goatcraft back with its best and most mature work to date: "The Blasphemer," a concept album themed around the works of the famous English painter, poet William Blake.

"Written and recorded from July to November 2013 under the influence of William Blake's paintings and theological observations, the album represents my quest to reconcile the mystical side of GOATCRAFT with its nihilistic side." sole-member Lonegoat explains.

The record is divided in 4 sections, each one with a central theme based on William Blake's art and theological interpretations. The first part (tracks 1-4) is dedicated to the cruelty and iniquity of God as described in the Old Testament.
The second part (tracks 5-7) explores some of Blake's most important sources, like Shakespeare, the Myths from the past and the ancient religions, with their dark, mysterious gods (Hecate) and tragic characters (Nebuchadnezzar).
The third part (tracks 8-11) is dedicated to Blake's 'The Great Red Dragon' series of watercolours. The conceptual source for all of them is the Book of Revelation (Apocalypse), chapters 12 and 13 in chronological order.
The fourth part (tracks 12-14) puts together two figures, Urizen - from Blake's own religious system - and Lucifer/Satan, similar and antithetical at the same time. Different faces of a medal, but with a common destiny: that of failing and falling from Grace.