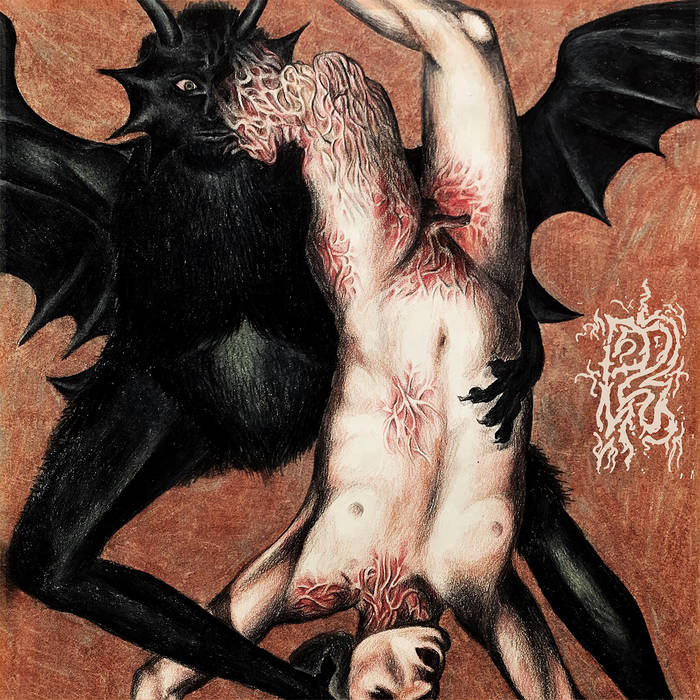 Ippocalyptica There is an impressive amount of diversity across these four songs showing that Ploughshare is very confident - and with good justification - in its grasp of death and black metal, as well as a few other sub-genres added for good measure. I enjoyed the constant shifts in these dynamic songs. I have a feeling that Tellurian Insurgency is merely the opening salvo of a much more comprehensive assault, a brief indicator of what twisting and crushing monstrosity (hopefully) soon comes our way. Favorite track: Abreactive Trance.

With their 2018 debut full-length “In Offal, Salvation”, PLOUGHSHARE shaked the extreme metal underground very violently, making many year end's best-albums lists. Their new EP, “Tellurian Insurgency” follows in the steps of its predecessor boldly underlining an incontrovertible truth: the Australian band doesn't strictly adhere to a metal sub-genre in particular, but opens its arms to a multitude of influences and sounds in order to serve a greater purpose. Black metal, death metal, doom metal, noise rock, post-punk and even the darkest offshoots of electronic ambient: all are bent to PLOUGHSHARE's scorching metal vision, all of them converge in the same cauldron and liquify into an incandescent metal magma to gobble down in one deadly sip.
“PLOUGHSHARE is what occurs when we come together as a band,” they remark. “We all bring material, but this will always undergo transformation once we’re together. The music emerges contingently, and in a manner that makes it impossible to inscribe our wills into it. We might all contribute, but we are equally all caught up in it.”

“Tellurian Insurgency” feeds on sickness, unbearable oppression and blind violence. There are no apparent constraints, as the music flows impetuous and intense; the only rules are those dictated by the band's expressive urgency, though always disciplined and absolutely focused on the final result. The EP opening tracks, “Abreactive Trance” and “Indistinguishable Beast of Flight”, underline PLOUGHSHARE's preference for visceral and exquisitely twisted sonic trajectories; the remix of “In Offal, Salvation” (the full-length debut's title-track) adds even more depth to an already amazing song, while “Xeno-Chemical Insider” is an enigmatic and experimental closing number that leaves us excited thinking about the Australians' next musical step.