by SPECTRAL LORE and MARE COGNITUM 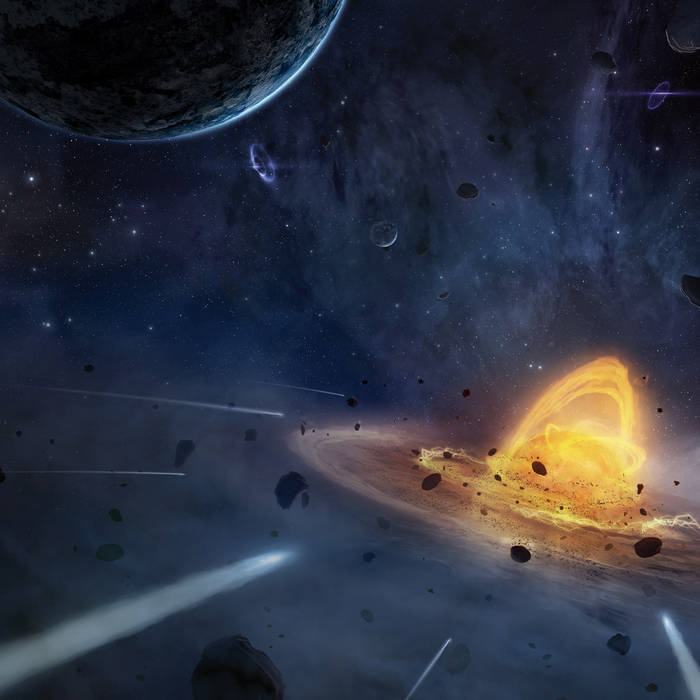 ezkatonl The prelude of what would become a monolithic album, Sol is a very good split between 2 powerhouses of the genre. Favorite track: Sol Medius.

Originally released in 2013, "Sol" is the acclaimed conceptual split album which contributed to establish SPECTRAL LORE and MARE COGNITUM within today's atmospheric black metal scene. A scene that they helped to develop, bringing in new and exciting stimuli together with a daring, progressive approach, transforming and transcending black metal without betraying its primary nature: that of a probe to plumb the human microcosm reflected in macrocosmic abysses.

Far from being a typical split album, "SOL" is a collaboration on many levels, starting from the conceptual and moving on to the musical. Themes and riffs have been cross-referenced and transfigured, structures have been put in proportion, lyrics have been written in parallel.
Conceptually, "Sol" is an attempt at a kind of cosmological philosophy; searching the vast, cold expanses of the universes for traces of meaning and purpose. What it is out there that is fundamental, absolute and shared? What can we learn about ourselves by looking outward, to the void and the inanimate?

SPECTRAL LORE and MARE COGNITUM reintroduce those important questions once again, thanks to the long-awaited and remastered reissue of “Sol”, an album that already made the history of atmospheric black metal.

All tracks remastered in 2017 by Jacob Buczarski