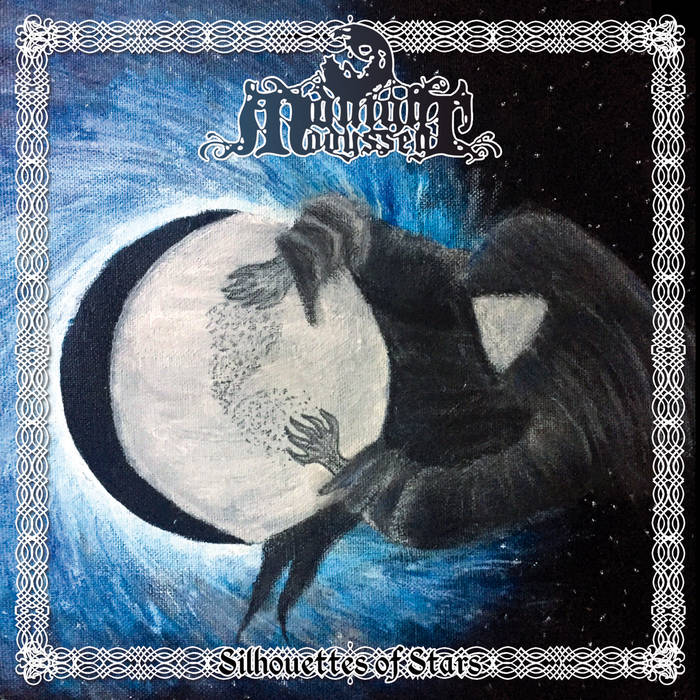 N.J.S This is Midnight Odyssey’s b-sides?! Other bands would kill to release material this good on their proper albums.

Suspiria (Julia) Beautiful collection, the tracks are so unique and some sound nothing like the MO I am used to. Definitely check out “The Night Has Come for Me”, “Cosmic Keys to My Creations & Times”, “Fighting the Seraphim” and “Sorrow of Daedalus”. Favorite track: Fighting The Seraphim.

H.L. MIDNIGHT ODYSSEY are one of few absolutely unique projects in black metal. Atmospheric space trips of a kind! Even the "2nd class"-songs, which are compiled here, are excellent and worth to be published. Of course the album misses a bit the central theme as the songs are from different periods of time, but that is not really an issue. High class from the first tone to the last! Favorite track: The Night Has Come For Me.
more...

To worthily celebrate their 10th anniversary, Australia's cosmic black metal champions MIDNIGHT ODYSSEY have compiled “Silhouettes Of Stars”, a 2-CD special release featuring a vast amount of unreleased material recorded by Dis Pater since 2007: from the original online-only recordings, dubbed “The Darker Rebellion” demo, to outtakes from each MIDNIGHT ODYSSEY album session. The compilation also includes the Emperor cover “Cosmic Keys From My Creations & Times” and, for the first time on CD, the singles “Magica” and “The Night Has Come For Me”.

“Over these past 10 years, there has always been leftover material,” explains Dis Pater, MIDNIGHT ODYSSEY's sole member. “Usually I can take parts of these songs for future use, but sometimes, a piece of music is written that is so indicative of the album it was going to be on, that I can’t change it or use it further down the line. And so it sits collecting cosmic dust, waiting for the one day that I might find a use for it. 'Silhouettes Of Stars' features many of these songs. A great deal of restraint has been taken not to change these older songs, not to adjust them to be more like what MIDNIGHT ODYSSEY sounds like now.”

Wrapped in a new painting courtesy of Dis Pater himself, “Silhouettes Of Stars” comes as a jewel case double-CD accompanied by a luxurious booklet complete with lyrics and track-by-track annotations. It's a monumental evaluation of the underground career of a true atmospheric black metal master, but also a window into the future, and one that will allow MIDNIGHT ODYSSEY to start afresh.

MIDNIGHT ODYSSEY is Dis Pater (all instruments and vocals)