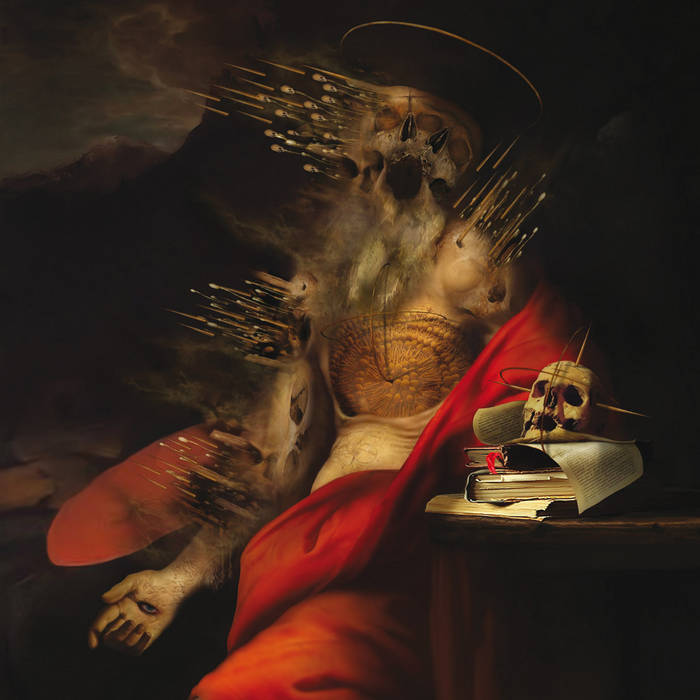 c_c_chaos Black metal arranged for flute and double bass? I listen to a lot of weird shit, but this is unusual even by my standards. It sounds crazy, but it works! Favorite track: Eternal Sleep.

ddb You have to give this album some time to soak in. The music is complex and rather virtuostic. The compositions are complicated and bring a lot of information to the table. I do not believe I yet know what the right listening environment is for this music. Definitely make this icon of experimental metal part of your collection. Favorite track: Blue Skin.

Plutø I've been exploring the avantgarde genre in an attempt to satisfy my chaotic tastes and I've stumbled upon just that. INHUMANKIND do a wonderful job uniquely playing with classical instruments while applying the occasional death growl to create an ominous modern piece dipped in some far-off, weird void. Favorite track: Citizen Qayin.

merumeru Amazing instrument combination accompanying catchy ideas in a tempo that won't let you get bored. Combine it with eerie vocals here and there and you've got great original CD like no other. Favorite track: Double-Headed King.

Tyme "This one time? ....at band camp....." American Pie. And hence the role of the flute was forever changed. Lo, a mere musical instrument no longer. INHUMANKIND revolutionize the instruments role in the world of extreme music with this release. Two musicians and gothic chorus, sprinkle with occasional death growls and bake for about 30 minutes. Result, wholly unique musical experience. Thoroughly enjoyed this.

Alexander Hanlon Listened to this for the first time this morning in bed as a suggestion from Bandcamp it blew my mind . Favorite track: Double-Headed King.

the naan and moose

"Existing at the nexus of modern classical music and extreme metal, INHUMANKIND have a completely unique sound. Aggressively played flute, acoustic bass, and occasional vocals are excellently employed to create compositions that are simultaneously sparse and complicated, awkward and confident. This is one of the most original albums to come across my desk in quite some time!"
– Colin Marston (Gorguts, Krallice, Behold...The Arctopus)

A duo from Barcelona, Spain, INHUMANKIND is the audacious project of two young musicians, Pablo Selnik (flute) and Àlex Reviriego (double bass), both active in many underground avant-garde acts and both in love with a wide spectrum of music, including black metal, contemporary, free jazz and noise. “The INHUMANKIND project emerged a couple of years ago,” Selnik explains; “after working together on several projects, we decided to start playing some black metal covers re-arranged for a flute/double bass duo, but soon we realized there was some kind of potential on it, and we started writing original music, prioritizing a personal style and music language.”

The result is “Self-Extinction”, a short but very intense and satisfactory album produced by Colin Marston. It reflects the band's audacity and marked individualism, as well as its spiritual approach to darkness and its manifestations through many left-hand-path archetypes: qliphotic tree, hermetic kabbalah, grimoric magic and multi-pantheon deific masks like Lilith, Kali, Qayin, and Samael, all in a subtle, non-explicit way.
Graced with the intense vocal performances from Celeste Alías and Marta Valero, and the occasional death growls of Eric Baule (MOONLOOP), “Self-Extinction” is an inventive work of de-construction and transfiguration of the metal genre. Acoustic heaviness and depths are granted by the low frequencies of Reviriego's double bass, while the frantic, orgiastic melodies played by Selnik's diabolical flute blend in perfectly with the ritualistic vocals adding an enigmatic, esoteric aura to the whole.

Recorded in September 2017 at Saudades Studios (Barcelona) by Dènys Sanz. Produced in December 2017 at The Thousand Caves (New York) by Colin Marston

Music and Lyrics by P. Selnik, except #6 by A. Reviriego