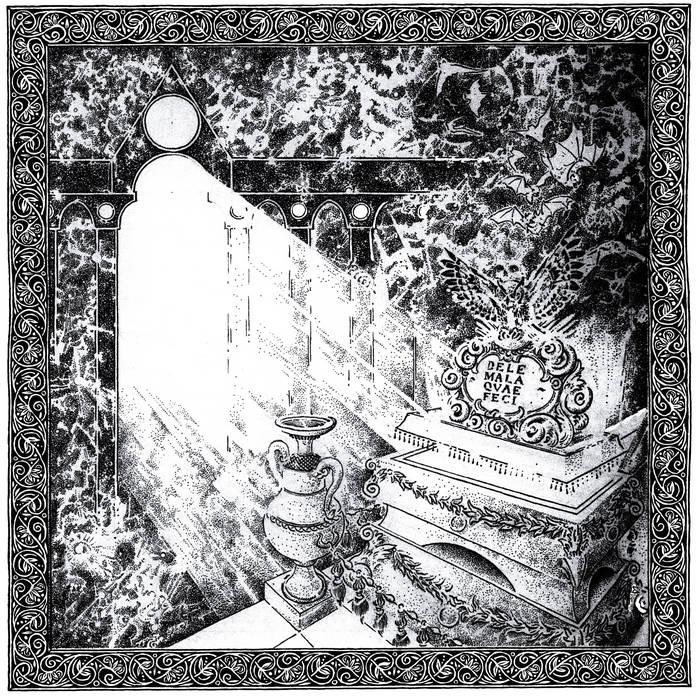 Buy 12" VINYL from our ESHOP:
metalodyssey.8merch.com/product/ysengrin-sartegos-resvrrezionespiritval-lp/

"Resvrrezionespiritval" is the second volume in a series of four split-LPs through which the French hermetic dark metal act known as YSENGRIN is going to concretise its magnum opus, inspired by Alchemy's four stages: Nigredo, Albedo, Citrinitas and Rubedo. Co-produced by I, Voidhanger and NWN Prod., the previous chapter "Nigrum Nigrius Nigro" saw Chile's amazing Black Grail coming up beside YSENGRIN along their path to enlightenment. The result was an artistic observation on the decomposion of matter, mirrored in YSENGRIN's audacious mix of dark ambient and ancient metal on the verge of putrefaction, and counterbalanced by Black Grail's 15-minute epic of mystic black art.

"Resvrrezionespiritval" is the next step in YSENGRIN's "solve et coagula" path, the Albedo step of purification following the Nigredo process. Compared to what was on offer on the first volume, here YSENGRIN embrace their old song-oriented formula once again, shaping their music around Guido Saint Roch's hauting bass lines and keys, Inkantator Koura's magnetic vocals and Aboth's solid drumming. Scrupulously mastered at Temple Of Disharmony, these 3 recordings come without rhythm guitars, but Saint Roch's bass layers and Koura's roars are rich enough to make their hermetic dark metal deeper and heavier than ever, qualifying YSENGRIN as one of today's most adventurous bands.

The spiritual resurrection proceeds with SARTEGOS' blackened death metal filling the LP's second side. Versed in occultism and satanism, the band from Galicia offers 2 new long recordings perfecting the sulphurous atmospheres of its debut EP "As Fontes Do Negrume", released on vinyl by I, Voidhanger Records in 2013. SARTEGOS' songs evoke and transcend death at the same time, riding on obscure riffs and mesmerizing solos. Like a spiritual ouroboros, YSENGRIN's "solar birth" finds its culmination in the shadows of SARTEGOS' crypt-metal, as perfectly captured on the sumptuous album cover drawn by renowned artist Marko Marov.

"Resvrrezionespiritval" is an underground metal artifact dedicated to all those who seek knowledge through darkness.

YSENGRIN tracks mastered by Patrick Engel at Temple Of Disharmony