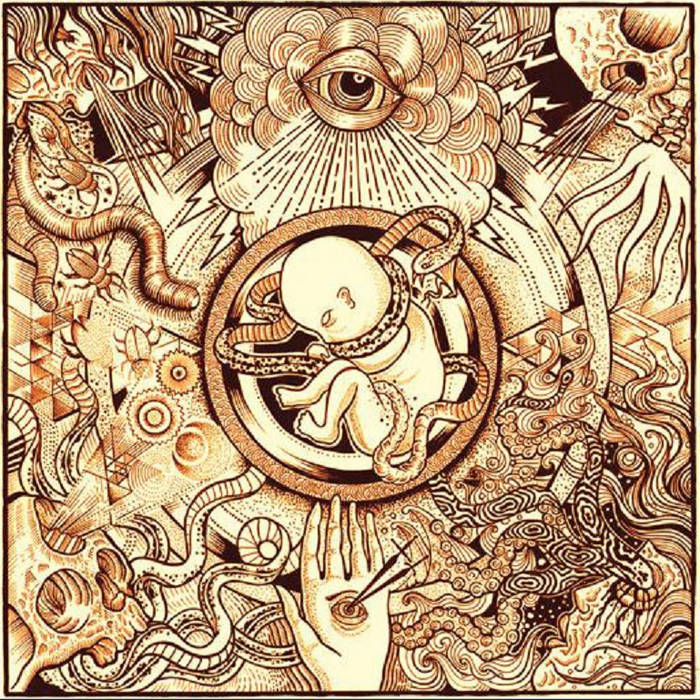 Soshanna ♥ I apparently missed out on this superb album in 2012 when it was released. This is an all instrumental journey filled with solid riffs, colorful psychedelics, heavy drum & bass rhythms. All this with top notch progressive song writing, makes this a winner for me. I love it!! Favorite track: Passion Rift.

AN OVERVIEW
by John Brenner of Revelation

Since 1992, guitarist Josh Hart and drummer Chad Rush have been writing Chowder’s music, bringing together their early exposure to doom metal, progressive rock, and hardcore. Although he originally played bass in Maryland metal bands Revelation and Unorthodox, Hart took to the guitar for writing his own material. Once original bassist Joe Ruthvin left the band for MD doom stalwarts Earthride, Chowder remained in limbo until finding bassist Doug Williams. Doug came to Chowder from the hardcore scene's Next Step Up, a band that would feature at different times all three current members of Chowder. The band recorded demos in the 90s, but it wasn’t until 2007 that Chowder recorded their debut EP, released on Bland Hand Records.

Immediately after recording the EP, Chowder’s ambitions broadened and deepened. Taking their unique vision even further, they wrote a new song, titled “Passion Rift,” which would become the epic title cut for their first full-length album.
Nearly two years in the making, “Passion Rift” encompasses everything that makes Chowder a great band: off-kilter arrangements, abrupt time-changes, memorable melodies, creepy dissonances, top-notch songwriting, performances, and arrangements, and a true passion for making heavy music. Tastefully strewn throughout the record are analog and digital keyboards, cello, and various samples and sound effects, giving a texture to the songs that grows more rewarding with each listen.

Songs such as “The Innsmouth Look” and “Head Full of Rats,” with their forward-rushing, unrelenting progressive metal, sit next to atmospheric pieces such as “Mazuku” and “Mysterioid,” in a mix part hardcore, part Lovecraft, and part autobiography. And then there is the epic title cut “Passion Rift,” as big in its scope as “Hemispheres” (Rush), a journey through a landscape at times peaceful, tense, melancholic, aggressive, and nightmarish. This is music that communicates something important, and it does so without lyrics or vocals.