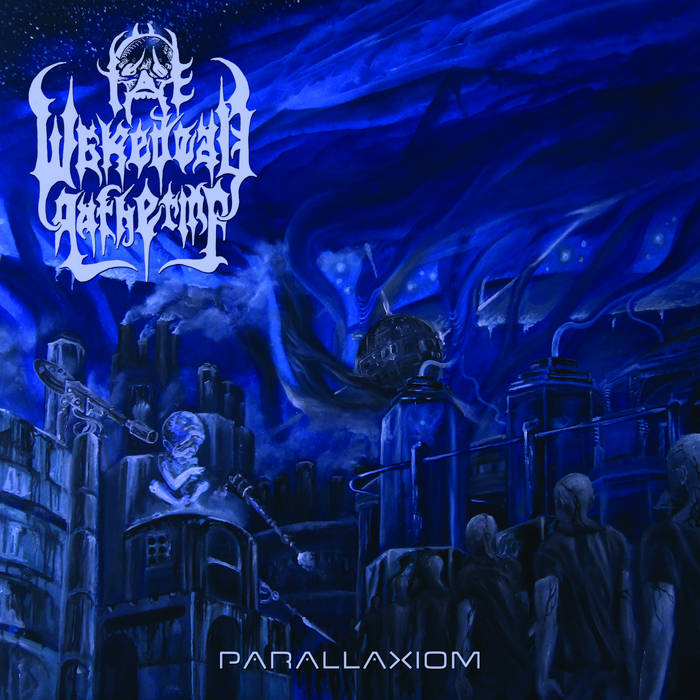 Since 2012 in the roster of I, Voidhanger Records, Ohio's THE WAKEDEAD GATHERING are back with their fourth full-length work, "Parallaxiom," a concept album that confirms their qualities, their stylistic code and their skill of great horror storytellers. Andrew Lampe's solo project has always been a harbinger of classic cavernous death metal sounds applied to a brilliant songwriting, rich in black metal and doom metal nuances.

With "Parallaxiom" The Wakeded Gathering tell a dark sci-fi story, set in a gray and dystopian future in which genetic tests allow an authoritarian state to determine whether an unborn person will commit crimes as an adult. "Those deemed most unsuitable for society are immediately executed or jailed for further study," Andrew Lampe explains; "however, this is not a perfect science. Several individuals flee and later turn their attention to the destruction of this unnatural state."

With a plot reminiscent of the works of Philip K. Dick and a deadly and devastating sound, as befits a death metal group worthy of respect, "Parallaxiom" adds a new and important piece in THE WAKEDEAD GATHERING's discography, cementing its cult status.

Andrew Lampe - All instruments and vocals