by FEED THEM DEATH 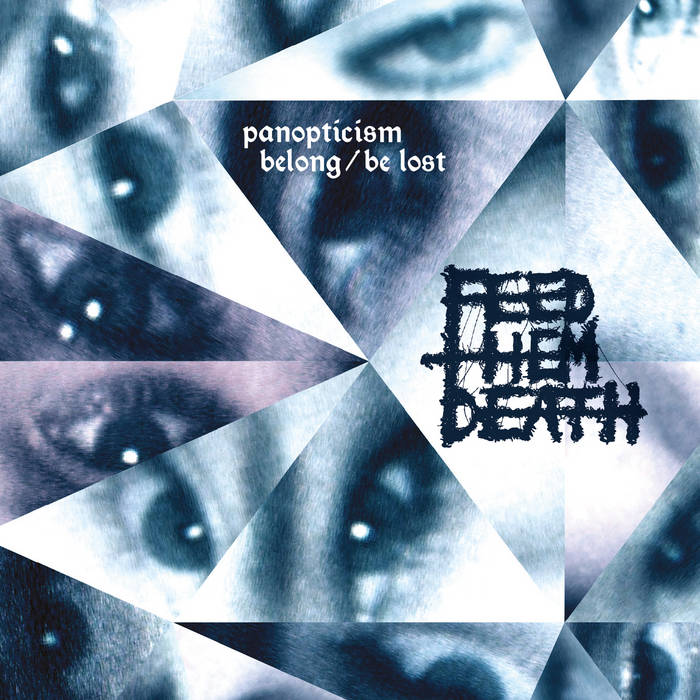 A solo project by Void, founding member of ANTROPOFAGUS back in 1996 and mastermind behind their seminal full-length “No Waste of Flesh” (1999), FEED THEM DEATH are ready to push the boundaries of extreme metal with their sophomore release. “Panopticism: Belong / Be Lost” is a brilliant example of avant-grind music that expands the band's death/grind roots by incorporating the heaviness of the sludgiest doom, the dark misanthropic speed of black metal, and the most hurtful and disturbing frequencies of drone music together with other experimental noise elements, thus reshaping FEED THEM DEATH's extreme music proposal into something uniquely sick, obscure and avant-garde.

A concept album inspired by “Discipline and Punish” and “Madness and Civilization” by philosopher and social theorist Michel Foucault, “Panopticism: Belong / Be Lost” elaborates on how all outcasts have been excluded and isolated within the borderless prison of the “great confinement”, the method by which society had perfected its grip on humankind by pushing individuality to the margins and labelling the diverse as madman, depriving a vast spectrum of our civilisation of their right to exist, yet exploiting them so they could become lab rats for classification and investigation, or cheap labour upon which they kept building wealth for the few.

The original cover art and layout by Guglielmo Rossi and Bandiera create a kaleidoscopic nightmare of blurred visions and sinister scrutiny that splendidly work together with FEED THEM DEATH's caustic sounds, to convey the claustrophobic confinement of a panoptical society where the maze of intersecting gazes has rendered us all victims and executioners of one another, unwittingly sustaining the mechanism of exclusion of the diverse. “The full implication of the Panopticon as envisioned by Jeremy Bentham in the 18th century had to wait three centuries to be grounded deep in our everyday life, in an age of surveillance technology and social estrangement which could be now aptly referred to as Panopticism,” Void comments. And concludes: “Those who don’t belong are lost: for those who don’t belong we raise our voice in a solitary chant of discord and praise to their individuality”.

Recorded, mixed and mastered by Void and Dave Tavecchia at Twilight Studio. Covert art and layout by Guglielmo Rossi/Bandiera