Opening of the Eye by the Death of the I

by IN HUMAN FORM 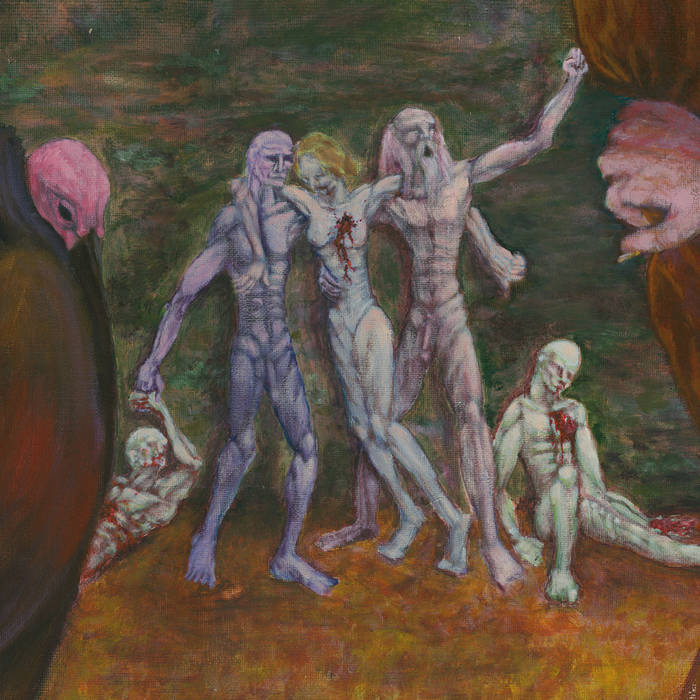 Kelly Rankin Easily one of my favorite black metal albums. Always changing, never gets boring, but sticks to its overarching ideas.

Based in Lowell, Massachussetts and active since 2006, IN HUMAN FORM have always kept a low profile. Comfortably hidden in the shadows of the underground and aided by an intense live activity, the band worked hard to refine and perfect what they like to call “Atra Metalli Metaphysicam”: an audacious blend of aggressive black metal and progressive music, tinged with jazz-fusion colours.
After the well-received debut of “Earthern Urn” (2013), followed a couple of years later by a split album with Obsidian Tongue, Autolatry and Infera Bruo, IN HUMAN FORM celebrate their 10th anniversary by releasing “Opening Of The Eye By The Death Of The I”, their most ambitious album to date as well as their finest hour. Despite numerous acoustic passages, occasional guitar solos, well-crafted melodies and an intellectual approach, none of the iconoclastic power of black metal is lost. The result is a vibrant and coherent album, firmly rooted in the tradition, yet open to infinite sonic possibilities.

Recorded and mixed by guitarist Nicholas Clark at The Black Lodge, “Opening of the Eye by the Death of the I” is a grand, introspective meditation on abysmal themes and mortality, laced with principle and cloaked in mystical and mysterious passages. Recalling the amazing artworks from the 70's prog era, Kenny Richard's beautiful cover painting brilliantly underlines IN HUMAN FORM's artistic and philosophical vision, built around the idea of a suffering humanity confronting with its destiny and the mystery of Life and Death. A descent into darkness, to ascend towards light.

If you like Opening of the Eye by the Death of the I, you may also like: