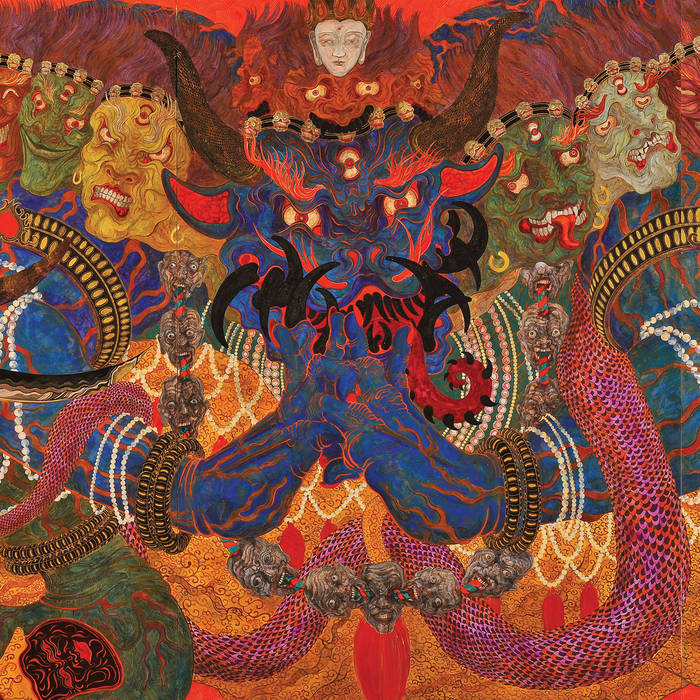 Rifqi maulana putra when that fat, beefy sax is blown on the intro, i know this is going to be a hell of a record.
more...

Have Spacesuit - Will Travel

By exploring the evolution of the human species, NEPTUNIAN MAXMALISM question the future of the living on Earth, propitiating a feeling of acceptance for the conclusion of the so called "anthropocene" era and preparing us for the incoming “probocene” era, imagining our planet ruled by superior intelligent elephants after the end of humanity. As Guillaume Cazalet explains, “for certain scientists, if we hadn't rule the Earth, elephants were supposed to be at the top of the pyramid of terrestrial life.”
The ambitious album trilogy of “Éons” is a musical experience of gargantuan proportions where each chapter is part of a fascinating ritual, a cosmic mass of light and darkness recalling the works of SUNN O))), EARTH, ALUK TODOLO, ACID MOTHERS TEMPLE, SWANS, MOTORPSYCHO, SUN RA and the late JOHN COLTRANE.

The intoxicating bacchanal starts with “To The Earth (Aker Hu Benben)”, a heavy tribal music affair influenced by stoner metal, noise rock and free jazz. “It's a balance between sacred and profane, and resumes lots of human feelings or their consequences, such as love, war, hate, ritual dance, transmutation, strength, feminine/masculine juxtaposition, etc,”, says Cazalet.
With “To The Moon (Heka Khaibit Sekhem)” the band opts for a slightly different approach, surrealistic yet brutal, occasionally steering towards black-doom metal. Cazalet: “Here the rhythm section plays an important role, fueled by an obscure power that plunges the listener into a magic, occult trance; this album is characterized by shamanic invocations and summonings of the ancients by using animal-like growls and the homo-sapiens' proto-language as reconstructed by Pierre Lanchantin, an English researcher/archeologist from the University of Cambridge.”
The third and final chapter encompasses the interstellar meditations of “To The Sun (Ânkh Maât Sia)”, described by Cazalet as a solar drone opera: “We worked on the power of frequencies and tonality, chthonian deep vibrations and iridescent high lights by using huge amplified baritone sax and guitars, spectral soundscapes, antic cinematographic views and tribal percussions.”

Wrapped in a phantasmagoric painting by Japanese master Kaneko Tomiyuki, NEPTUNIAN MAXIMALISM's “Éons” is with no doubt the quintessential mystical and psychedelic journey of 2020.