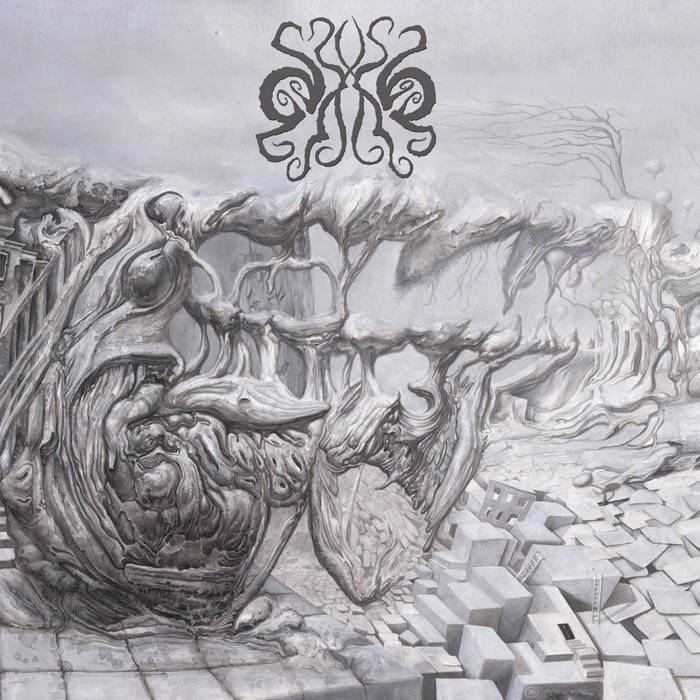 One of the many projects of San Francisco Bay Area local Robert Woods-LaDue, ONKOS is an experimental metal project that leverages the sounds of chekeré and acoustic guitars for an unusual instrumentation, seeking to expand the palate of what could be interpreted as being “heavy”. Intentionally lacking the unison guitar riffs and blast beats of metal, ONKOS replace them with an abnormal instrumentation of 6 chekeré and a battery of acoustic guitars. Reverberant synths alternate between playing a supportive backdrop and taking over the melodic foreground, adding a slight touch of alienating psychedelia to the whole, while the growled vocals, a cavernous bass and the ultra-heavy patterns of chekeré keep the music firmly to the ground, dialoguing with the guitars, counterbalancing the complexity of the music and emphasizing its heaviest sections.

The music follows, for the most part, many of the conventions of the death metal sub-genre, with some very notable differences. The harmonic landscape is often more complicated than your typical metal due to the numerous interlocking harmonies by guitars, bass and synthesizers; moreover, the band makes heavy use of the many flavors found within augmented, half-diminished, and octatonic chords.

Lyrically focused on the plague of cancer and the life-disrupting therapies to fight it, “Onkos” is a visionary and enigmatic work, a delirious observation on the long, slow cellular unraveling of body and mind, as represented in Pete Hamilton's metaphysical cover painting. Robert Woods-LaDue has been making chekeré out of dried gourds since around 2010, composing music for large ensembles of the instrument, and ONKOS' eponymous debut is the natural development of his compositional journey, certainly one of the most audacious statements within the avant-garde metal field.

All composition, lyrics, and production by Robert Woods-LaDue