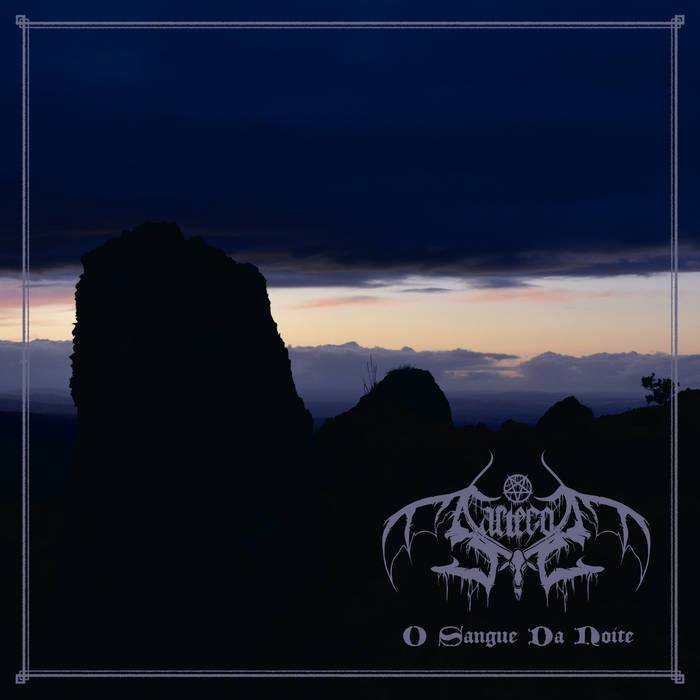 GorillaSquad6 My first album from this band and it is one of my favourote albums of the year for sure. Great production, atmosphere, riffs galore. It's a perfect blend of disgusting blackened death metal and razor sharp melodic leads. A really impressive effort. Favorite track: Sangue e Noite.

Jonah of The Knife

Lead by Rou Morgade (guitar, bass, keyboards, vocals), SARTEGOS may have been a silent presence in today's underground metal, but their shadow inexorably lengthened on the scene throughout the decade. After a couple of demos released in 2010 and 2011, the Galician band proved its worth thanks to two important recordings: the revelatory “As Fontes Do Negrume” EP (2013), and the formidable “Resvrrezionespiritval” split with YSENGRIN (2016), both released on vinyl format through I, Voidhanger Records.

For SARTEGOS it's now time to conquer the world with their debut full-length album, “O Sangue da Noite” (The Blood of the Night), which combines the primitive and abrasive sounds of 90s metal with a tense and sharp songwriting devoted to obscure and morbid atmospheres.
“One of the things I wanted to achieve with this album was to compose dark riffs that one can actually remember, creating an ancient feeling recalling the early-to-mid Nineties metal, and especially the Greek black metal school. That's also why O Sangue da Noite is more black metal oriented than SARTEGOS' previous releases; at least more than As Fontes do Negrume.”

“O Sangue da Noite” is SARTEGOS' ode to the Night, the primordial darkness before creation. Proud of their Galician roots, with all their folklore and myths that are an integral part of the band's vision and concept, SARTEGOS explore the darkest sides of existence and the obscurest ravines of human mind by putting them in relation to Nature and some of its savage manifestations, blending in the sacred and the profane. “The album lyrics have been intentionally written in a deeper and more poetical way than usual,” Rou comments. “Alongside with references to archaeology, history and cultural elements from the place where I come from, I tried to link some local legends and mythos with some basic Luciferian or Satanic concepts, with figures like Samael, Lilith, Leviathan and Baphomet, and what they represent, in a honest and personal search through occultism towards self exploration and knowledge.”