by PRECARIA, DEATHSPIRAL OF INHERITED SUFFERING and DOMINUS IRA 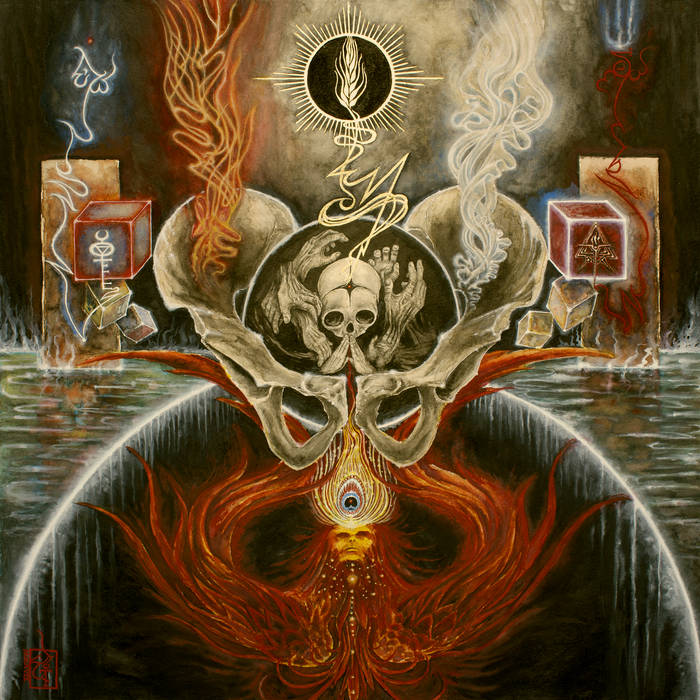 I Am the METEMPSYCHOSIS.

Spawn in the second half of 2017 from the visions of three underground black metal bands – Mexicos's PRECARIA, DEATHSPIRAL OF INHERITED SUFFERING from USA, and the Russian act DOMINUS IRA – “Metamorphosphoros is a split album dealing with the concept of Theion, the divine fire that burns but never consumes, like the one seen by Moses in the desert, when he heard the voice of YHWH. It's also about the descent to the abyss, and the consequent ascent, in order to attain a state of purification. Something which will ultimately be achieved through death.

Within the grooves of “Metamorphosphoros”, PRECARIA, DEATHSPIRAL OF INHERITED SUFFERING and DOMINUS IRA peels back the skin of extreme black metal to reveal the intricate occult currents running through it, and they do that with an urgent pace, unbridled aggressiveness, and occasional atmospheric interludes which serve as pauses between their violent assaults on the senses.
PRECARIA let the death dance begin with 4 ferocious and convulsing tracks, extravagant in sharp and dark riffs; DEATHSPIRAL OF INHERITED SUFFERING carry on with a likewise formula by adding a touch of death metal to complex structures pierced by sulfurous melodies, while DOMINUS IRA fiercely end the journey in the unmerciful embrace of some of the coldest and most majstic black metal ever.

The three bands have worked in complete synergy to offer high quality, dark and cathartic black metal art, and from their ideas and concepts the virtuous artist Elijah Tamu (PANEGYRIST) has carefully developed the amazing cover painting and the sigil which adorn the release. “Metamorphosphoros” has some real philosophical meat at its heart, and its esoteric theme speaks directly to all those who have proudly sworn endless devotion to the unholy flame of underground black metal.