Matricide In The Temple Of Omega 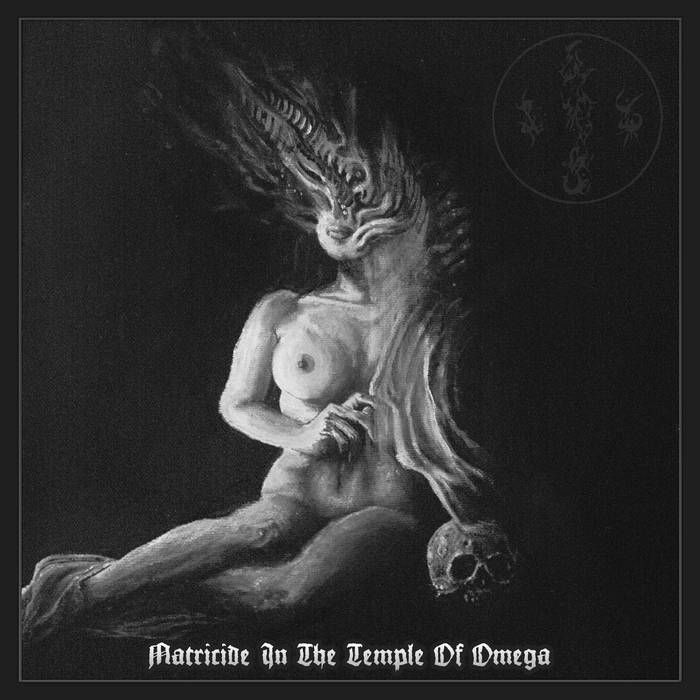 VUKARI Some of the most menacing metal you will ever hear. This band create unique experiences with each album and have their own brand of eerie darkness proceeding them. This album is a great way to experience their more polished work. Favorite track: Ascending Into the Pantheon.

ddb This album literally makes me feel dizzy. The guitars have feeling of endlessness, and relentlessness. This album is not for the weak listener, it requires active attention, and patience. Favorite track: The Sonance of Eternal Discord.

GeN2Mo Meditative chorals for detuned bagpipes, written in a parliament of rooks irritated by their own sudden compositional ability, played on guitars that felt their existence latch onto the sky as it faded into the horizon. Favorite track: Omen of the Barren Womb.

One of today's most revered and original black/death metal bands, ÆVANGELIST were officially baptized by I, Voidhanger Records in 2012: the band's first full-length album, “De Masticatione Mortuorum In Tumulis” conquered the most demanding lovers of avant-garde extreme metal thanks to a visionary blend of psychotic riffs, inhuman growls, crushing rhythms, and asphyxiating – yet trance-inducing – atmospheres. Six years and many albums after that promising work, ÆVANGELIST rejoin I, Voidhanger Records and release their most sinister and inventive work to date, “Matricide In The Temple Of Omega”.

Now, as then, ÆVANGELIST play dark death metal to end all death metal, but it's a matter of fact that they never sounded so bleak, cryptic and derailed. “Matricide In The Temple Of Omega” constantly struggles to gain a shape, to find an intelligible form and escape the painful vice of non-existence. It doesn't have a beginning, and it doesn't have an end. It resembles one of those Lovecraftian creatures too abstruse and abominable to comprehend: eager to born into our dimension, but forever consigned to a chaotic realm of mean, suicidal psychedelia. The monumental closing number, “Ascending Into The Pantheon”, sublimates it all by hammering the listener with razor-like guitars and putrid melodies before a final incantation that sounds like a dedication to Lilith. No fake spirituality, here; no light at the end of the tunnel; this is the definitive and most uncomfortable drug-trip into utter blackness... into the death beyond death.

“Matricide In The Temple Of Omega is the culmination of all that we have do far sought through ÆVANGELIST, our elite devilwork,” synthetically remarks guitarist Matron Thorn, with singer/lyricist Ascaris one of the two grand architects behind the band. Therefore, rejoice! The true masters of apocalyptic black/death metal have returned to blight the earth with music of the dark neverending!

All music recorded by Ævangelist at the Parish. Mixed by Matron Thorn. Mastered by Jeremie Bezier (Emptiness, ex-Enthroned) in Blackout Studio, Belgium.