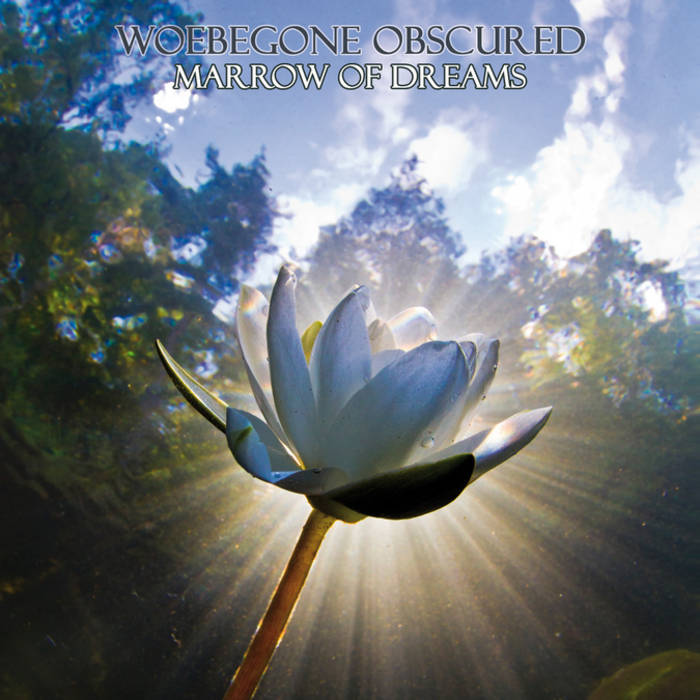 Six years after the debut "Deathstination" (reissued by I, Voidhanger Records in 2011 with new artwork), Denmark's WOEBEGONE OBSCURED return with their sophomore album, "Marrow Of Dreams".
Strengthened by the addition of two new members from the ranks of Glorior Belli and Horned Almighty, WOEBEGONE OBSCURED have refined their style and approach finding their own definitive voice within the funeral doom-death metal field, where they can certainly compete against heavyweights like diSEMBOWELMENT, Evoken and Thergothon.

"This record was made with the intentions of creating a musical journey into the mind of a person who never had the feeling of belonging to this world," explains vocalist/guitarist/drummer Danny Woe. "All lyrics were written with elements as metaphors to indulge scenarios in the mind. Forests, the ocean, mountains, the skies, caves, etc. have always been places in which I felt more comfortable. To gather, summon or revel in your innermost thoughts the best, I always felt that the distractions of the modern world was too stressful somehow. Sometimes, solitude is something you have to search for in order to find peace."

"Marrow Of Dreams" contains 5 epic funeral doom dirges directly inspired by the most obscure days in the life of Danny Woe. A long period of time that lead him to deep depression, to a paranoid/schizophrenic disorder diagnosis, and to a seemingly timeless stay at a mental hospital. "Marrow Of Dreams is my way of expressing the thoughts I have had in this long period of my life," says the musician. "The feeling of not belonging is still present from time to time, but I have learned to deal with it. Though the darkness has resided in the background, it will always be there, but so will the dreams."