Mapping The Moment With The Logic Of Dreams 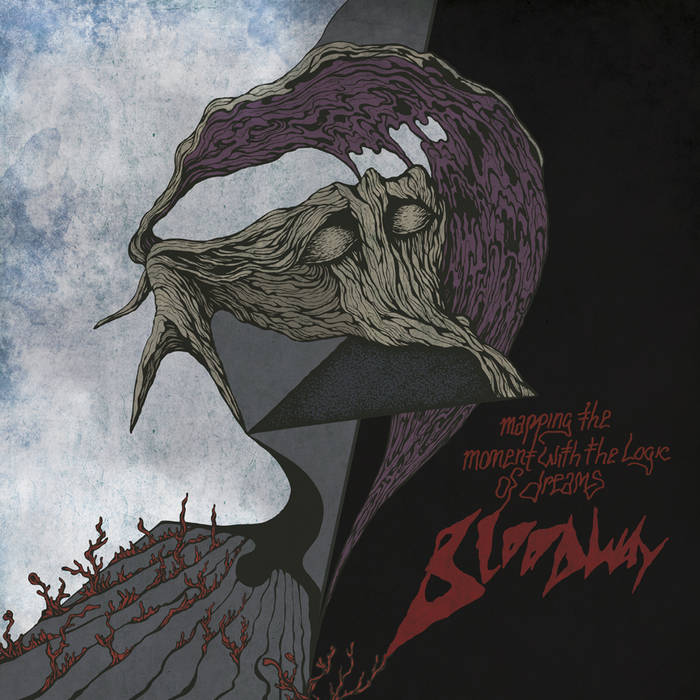 ERIC DUFF bloodway is glorious. maybe it wasn't "trying" to please me but it sure as hell did. This was one of the first things i bought of band camp and the sort of album i have to restrain myself from replaying.

Pal Mihaly Without any doubt, Bloodway's Mapping the ... album is the most important Roumanian release in last few years. All respect for Costin and I Voidhanger for this great release.

Fever Upon the Firmament

CD in jewel case with 20-page booklet, fully illustrated and complete with lyrics

"BLOODWAY exist without expectations, and without trying to please anybody but ourselves,” proudly asserts Costin Chioreanu, the band's leader and one of the most acclaimed graphic artists within the metal field. Together with drummer Alex Ghita and bassist Mihai Andrei, he formed the band in 2013 and since then has been busy refining its style: An intriguing, surprising brew of black metal, psych-prog and avant-garde music, filtered through Chioreanu's metaphysic visions and life's deepest emotions. In a certain way, BLOODWAY's music is an extension of Chioreanu's art, and twice as bold: A shape-shifting creature inhabiting a bizarre reality, heavily deformed under the band's surrealistic lens.

2014's “Sunstone Voyager And The Clandestine Horizon” debut EP prepared the ground for BLOODWAY's first full-length, a very mature work appropriately titled “Mapping The Moment With The Logic Of Dreams”. The album features Dr. Mikannibal from Sigh playing saxophone in one track, the mind-shattering prog instrumental “A Hallow Bridge”. The rest is Chioreanu, Ghita and Andrei at their best, injecting heavy doses of angst and craziness into a polymorphic musical matter that is adventurous as it is undeniably original.