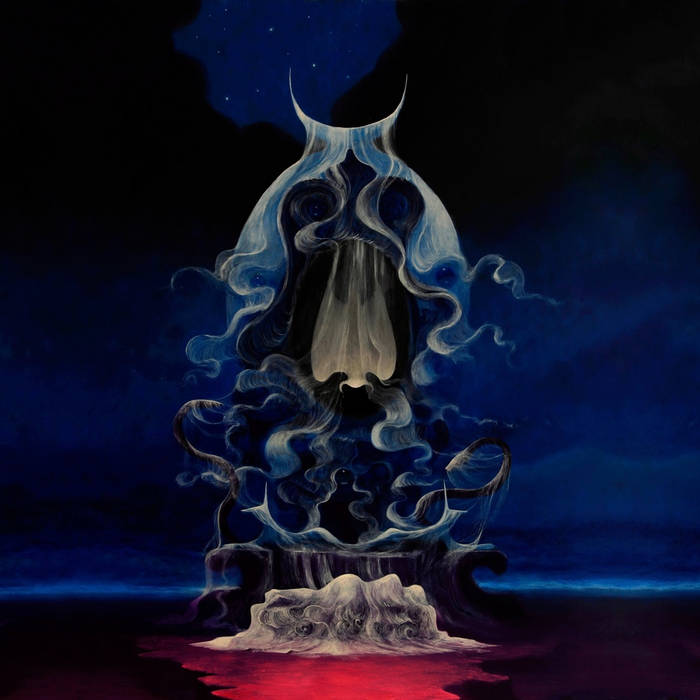 Dave Aftandilian Solid occult BM with cosmic spiritual resonances. The sinister path shines bright with moonlight, drips red with blood…. I take one step upon it, then another. Choruses of screams erupt around and within me as blazing black flames purify my body and spirit. Standing empty at last, I ascend, descend, expand infinitely in all directions. Cursed be.

Hailing from Poland and lead by mysterious sole member K.M., ARS MAGNA UMBRAE debuted in 2017 with a promising EP, “Through Lunar Gateways”, the first stone of an occult black metal tower pointed at the firmament. The band's newest full-length effort, “Lunar Ascension” is the top of that admirable building, an open eye on immense cosmic depths, and a privileged observation point to investigate the mysteries of the night sky, darkness and death.

Equally inspired by Nightbringer, Blut Aus Nord and Mare Cognitum, and mainly focused on dissonant riffs and bewitching melodies, ARS MAGNA UMBRAE's music is a true assault on the senses. At times it's as suffocatingly dense and aggressive as only the old black metal was; in other occasions it tries to tone down the tension with atmospheric interludes bordering on raw dark ambient. But it's a pious wish: all in all, ARS MAGNA UMBRAE remain a sinister and terrifying occult black metal monster, at ease only in the utmost darkness. They only light they seek is the light of dead stars, silent witnesses of the void that will swallow us all.

Originally self-released via Bandcamp, “Lunar Ascension” has been revised and expanded thanks to the addition of a final track, “The Feast Of Shades”, a triumphant ending to a visionary album.

K.M. - all instrumentes and vocals