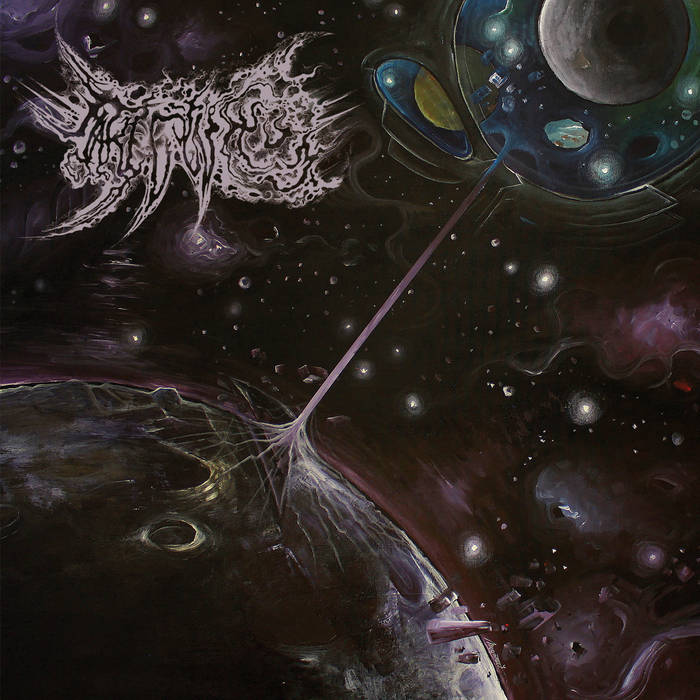 Stephen Hype is a pretty dirty word in the realm of extreme metal, but there is a good reason that there is so much of it is building around Jacob’s project. It is the best thing going in atmospheric black metal and one of the most exciting things in music (and not just metal) today. He has a real gift crafting truly moving passages. He is also a guitar virtuoso who can absolutely shred without being self-indulgent. If I was stuck on a desert island with just one record, this would probably be it.

Mike Holden Ethereal black metal - whilst there are more delicate parts most of this record is more akin to watching a supernova. Soaring melodies rising above anguished vocals and relentless drum patterns. Excellent. Favorite track: The First Point Of Aries.

Ancient Cult One of the finest Cosmic Black Metal albums. A trip to the depths of space. Favorite track: Heliacal Rising.

Spinebrain This is a testimony that one man can really make a difference. Jacob is pushing boundaries with each release. Totally in awe. Favorite track: The First Point Of Aries.

Landon Another solid release from Mare Cognitum. This is inspiring and technically proficient cosmic atmospheric black metal that demands many listens!

A pivotal name in today's atmospheric black metal metal scene, MARE COGNITUM have always had much more to offer than mere ambient-infused black metal riffing. Their previous works, 'Phobos Monolith' (2014) and 'An Extraconscious Lucidity' (2012) showed a pronounced progressive approach to metal, and an unbearable tension that often releases itself in majestic, memorably dark melodies. New album 'Luminiferous Aether' travels across the same astral paths of the past, but with a stronger philosophical vision that permeates both music and lyrics, giving birth to an original cosmic black metal opus that borders on pure sci-fi.

"'Luminiferous Aether' is a mere fragment of a larger contemplation of humanity's state, a reflection of its current position where it finds itself surrounded on all sides and even threatened from within," explains Californian multi-instrumentalist Jacob Buczarski, MARE COGNITUM's sole member. "In the face of an indifferent Universe, the hubris of man dictates that solutions come from self-destruction. The resulting rumination is a binary lamentation and musing on both whether or not and from where we can find hope, and also an investigation into what compels the human spirit to conquer the insurmountable, and to change in a deeper way than the catalyst of evolution would seem to spur."

More violent, nihilistic and intense than its predecessors, MARE COGNITUM's 'Luminiferous Aether' dissects mankind's dark nature and ponders its peculiar impetus for masochism. And by doing so, it glances at a problematic future, at our final destination. "In an attempt to pierce to the core of sentience and its significance," Buczarski concludes, "the light and darkness of man is weighed and considered, and one begins to realize that in all of this, the hourglass of time swiftly empties, marching confidently towards humanity’s inevitable end."

All music composed, recorded, and produced by Jacob Buczarski at the Lunar Meadow, 2014-2016