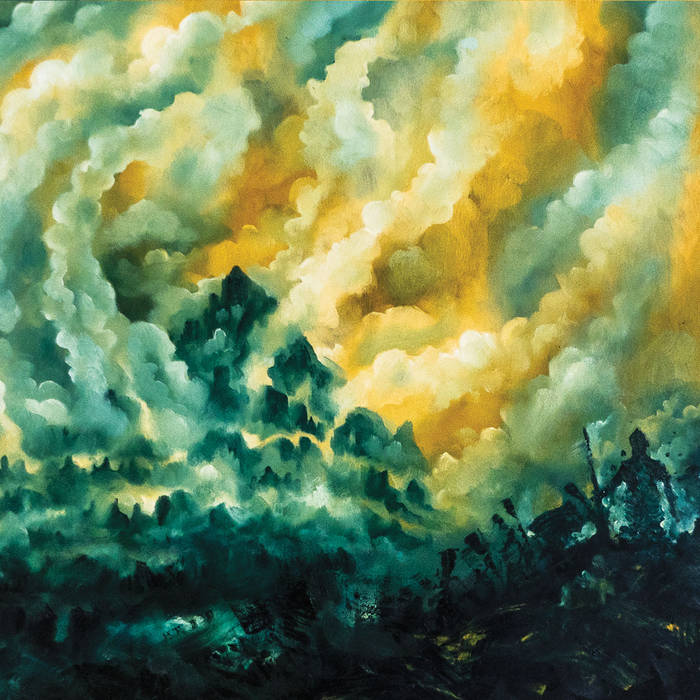 Alice M. My first CDs, twenty-or-so years ago, were classical music. Hearing this orchestral BM (with no guitar or whatever) is like merging my past and my current… sensibility, so to speak. It works surprisingly well, too, and could be (for some, I dunno) a nice introduction to BM vocals in general. The French touch being, for me, the icing on the musical cake. Favorite track: Chant III - Thelxiope.

LES CHANTS DU HASARD debuted in 2017 with an impressive, eponymous album of neoclassical music pervaded by a venomous black metal aura; a work that brought together the enthusiasts of Mussorgsky, Prokofiev and R. Strauss, the orphans of Elend and the fans of Ulver, Arcturus and Emperor.

Arguably the band's sophomore release, “Livre Second” is definitely more focused and confident than its predecessor, getting sole member Hazard closer to what he always wanted to achieve: orchestral music as dark and violent as black metal. The production is clearer, deeper and stronger; the arrangements, richer and full of exquisite details; the atmospheres are more majestic than before, and Hazard's vocals never sounded more tortured, cavernous and evil.
However, it's the violent tones of the songwriting that increased dramatically. The innate elegance of classical music, here displayed in all its beauty, emphasizes the emotional roller coster and the sense of grandeur in LES CHANTS DU HASARD's compositions, constantly in balance between perturbing dark arias and sharp fragments of grotesque operas (“Le Voluer d'Yeux”, feat. the spirited guest vocals of Vaerohn from Pensées Nocturnes), uplifting Gregorian chants and irrepressible eruptions of rage (“La Course”). Only the nocturnal, romantic charm of “L'Eveil” is able to momentarily untie the lump in the listener's throat.

For “Livre Second” LES CHANTS DU HASARD renewed their allegiance with the excellent artist Jeff Grimal (The Great Old Ones), who provided a wonderful cover painting, as intense and enigmatic as the band's infernal symphonies.