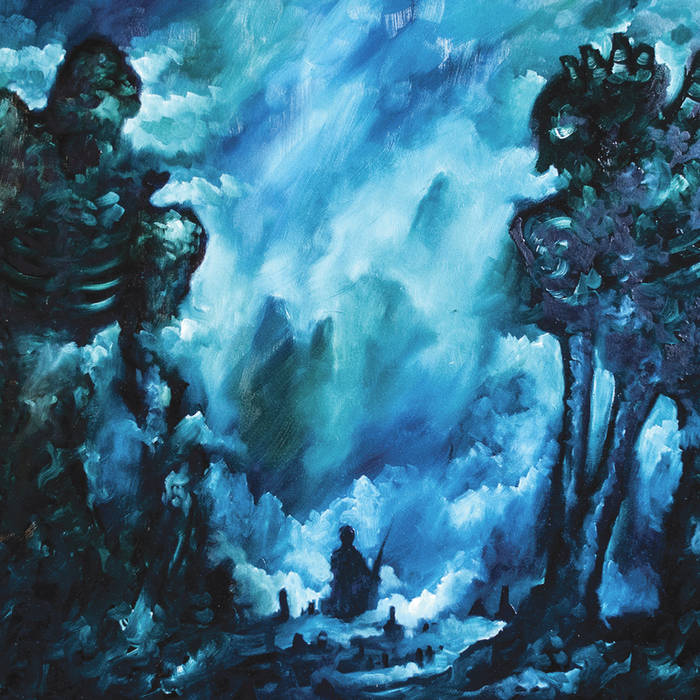 pissin in your elevator

A Bee at the Dolmen's Dell

The project of sole member Hazard (all instruments and vocals), France's LES CHANTS DU HASARD is a fitting addition to the ever-growing roster of talents from I, Voidhanger Records. The band's eponymous debut is an experimental work featuring a mix of classical music and black metal without any guitar, bass or drums – only orchestral instruments.
The result is a shocking and fascinating lecture of 1800's orchestral music as seen through the deforming lens of extreme metal; an original hybrid that marries the abrasive, aggressive vocals typical of black metal with the majestic and dramatic aura of classical music, caught in its darkest expressions. “The album is influenced by orchestral works and operas from composers like Modest Mussorgsky, Sergej Prokofiev and Richard Strauss,” Hazard explains. “I thought a lot about how to articulate it with black metal; especially the vocals, which I wanted in the vein of Ulver, Emperor and Ved Buens Ende.”

Melodic and grotesque at the same time, LES CHANTS DU HASARD's music echoes the elegance of Elend and the theatrical gestures of Arcturus, to which the band adds its own poetic touch. “Les Chants Du Hasard” is divided into six chapters, each one dealing with universal and existential themes narrated with a metaphorical lyrics written in the same form of Les Chants de Maldoror from Comte de Lautréamont, a French author from the 19th century. Adorned with a wonderful and highly atmospheric cover painting by the inimitable Jeff Grimal (The Great Old Ones), LES CHANTS DU HASARD's debut is here to set a new standard in experimental metal, pushing its boundaries more far.