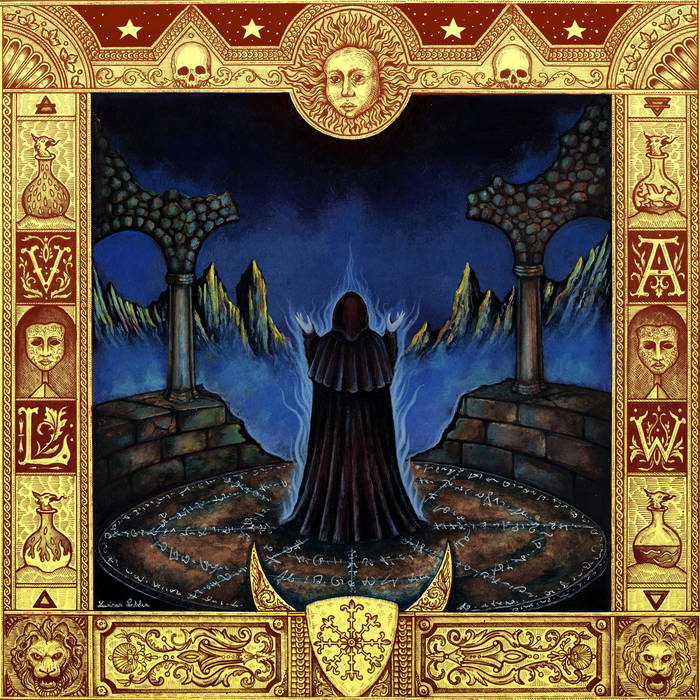 bcb723 Loving the intended old-school production and sounds of this album. I'm hearing classic Ysengrin vocals fused with some unexpected gothic influences (think Joy Division's Closer with Angelo Badalamenti synths/sounds). They don't fuck around - if this is their last singular album, Ysengrin have cemented their legacy. Looking forward to the split release later this year. Favorite track: Ode à l'Escarboucle.

Hailing from France and guided by Guido Saint Roch, YSENGRIN celebrate 15 years of underground activity by releasing their final dark metal opus on the long distance, “Initiatio”, to be followed later this year by the last volume in the band's alchemic series of split albums.

On “Initiatio” YSENGRIN reinterpret 5 tracks from their illustrious past, changing them profoundly, revisiting their arrangements and expanding their sonic palette without betraying their original essence. To four songs taken from “T.R.I.A.D.E” (the first demo from 2008), Saint Roch and his acolytes add the track “Monumentum” (from the "Archivum MMV-MMX" demo, 2010) as well as 4 new compositions, including two ambient numbers recorded live with the help of Frater Stéphane (N.K.R.T., ROSA CRUX). “Initiatio” is therefore an ouroboros serpent biting its tail: the end is the beginning, and the beginning becomes the end. Trapped in an eternal cycle of birth, death and transformation, YSENGRIN offer an initiation ritual dense of occult symbolism (the number “9” and the "Y" letter are recurring elements), to be performed at the crossroad of virtue and vice.

Produced by Brungard of HERXHEIM, who also contributed lead guitars, keyboards and backing vocals, “Initiatio” was expertly mastered on analog gear to capture the sonic primitiveness, raw power and quintessence of the metal genre from its early and glorious days: the days of tape trading, obscure demos and rehearsal recordings; the days of NECROMANTIA, MORTUARY DRAPE, ROTTING CHRIST and all those bands from the early 90s that changed the face of black metal forever. And could not miss a heartfelt tribute to the mighty ABIGOR: YSENGRIN borrows a few of their verses for the song "Téménos", with the Austrians' benediction.

Graced by an evocative cover painting by the always excellent Luciana Nedelea, “Initiatio” is a danse macabre of ancient metal for the most daring and brave, an alchemical opus of primeval sounds and inner vibrations that immortalizes underground metal at its darkest peaks.