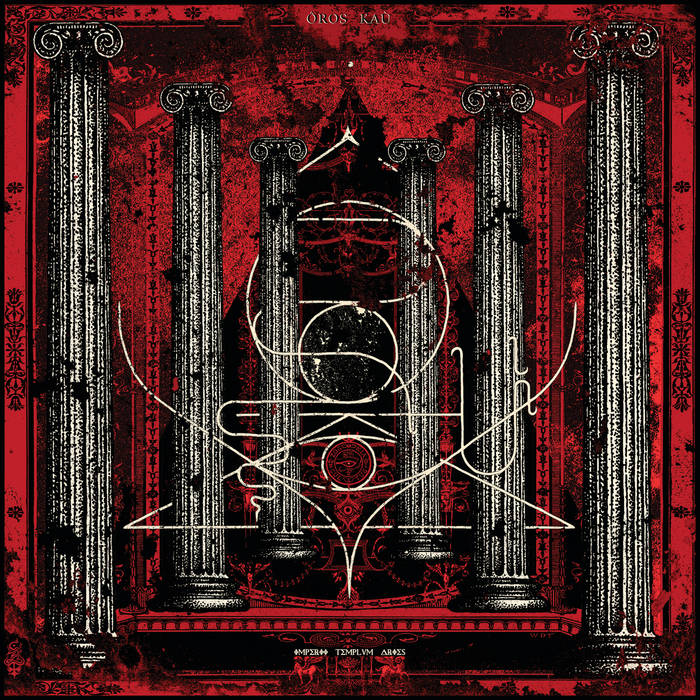 arcb905 Super eerie black metal mixed with a little obscurity and in this this album's case, Pink Floyd.

Originally released on CD by Epictural Production in June 2020, ÔROS KAÙ's debut is now available on vinyl under the flag of I, Voidhanger Records, sealing a pact of collaboration between the label and the band that will bear further fruit in 2021.

Born at the end of 2017, ÔROS KAÙ is "the result of an inner existential crisis that had been boiling for too long and ended up erupting like a volcano in all its fury; a violent and relentless fight against the ego aimed at its destruction." The words of the mysterious musician behind the Belgian one-man black metal project leave no room for doubt: first and foremost, ÔROS KAÙ is the vehicle of a compulsive and cathartic act of creation, lead by intuition and primordial instincts. Borrowed from Greco-Egyptian Hermeticism, the band's name literally means "Pisces Aries", indicating the transmutation of the being from one to the other.
"Imperii Templum Aries" is a mythical representation of Aries in Astrology. The album is its temple, and CZLT's artwork perfectly encircles the various concepts it addresses, from Goetia to the studies on ego by Austin Osman Spare, one of the most fascinating artists, magicians and occultists of the 20th Century.

Music-wise, "Imperii Templum Aries" is a collection of ruthless black/death metal invocations; an asphyxiant magma of growls, shrieks, hypnotic dark riffs and torrential rhythms cruising at the speed of fright. ÔROS KAÙ conjures up demons that are mainly archetypes, allegories of rebellion, freedom of thought and artistic liberation. In other words, an excuse to illustrate what the band calls "Political Satanism". "For me, the Goetia demons are anarchists, allegories of everything that had to be avoided, feared, hated and destroyed because contrary to the dominant culture and powers," ÔROS KAÙ explains. "They are a reflection of contemporary issues, such as anti-speciesism, domination and despotism, love, capitalism and globalization, ecology, anthropocentrism, sex, occult magic, dreams and philosophy; their history allows me to illustrate my point and to materialize my magic intentions."
"Imperii Templum Aries" is the band's Big-Bang, as brutal and uncompromising as it could be. The expansion of ÔROS KAÙ's universe will come next, here anticipated by the album closing number, an amazing rendition of PINK FLOYD's "Set The Controls For The Heart Of The Sun" which retains all its psychedelic fascination.

Music and lyrics by ÔROS KAÙ, except "Set The Controls For The Heart Of The Sun" (Pink Floyd)