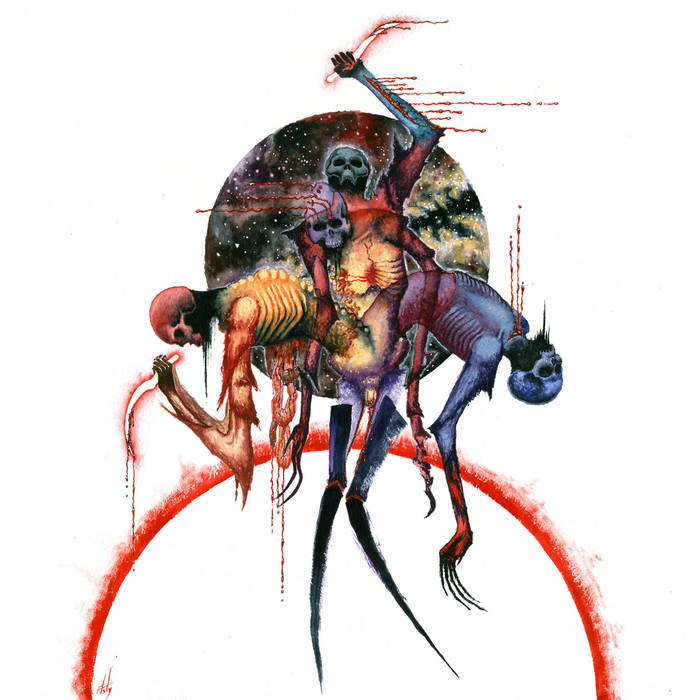 Grimmrobe The audio equivalent of injecting acid into your veins and letting it eat away your insides.

Fucking hellspawn metal that will fuck up your equilibrium. Favorite track: Flesh Prison.

spandAnanda A beautiful representation of modernity. Favorite track: Fester in the Nether.

envirovore The absolute chaos of 2020 summed up perfectly through music.

This album is one hell of a ride.

Christian M. Sleeper album that should be on peoples end of the year lists. The artwork represents the themes and music beautifully, with every song serving as an appendage of the inter dimensional being eviscerating itself across time and space. Banger through and through. Favorite track: The Eye Bath.

The solo project of US multi-instrumentalist/singer Nick Stanger (also active in the ranks of black metallers ASHBRINGER), XYTHLIA brilliantly blend the most extreme tech death/grind metal with VOIVOD's progressive/experimental approach and the mind-shattering guitar acrobatics of KRALLICE and OCRILIM. “Immortality Through Quantum Suicide”, the band's first album is as creepy and weirdly fascinating as Carlos Agraz's stunning cover painting, where an alien creature performs a suicide ritual through the space/time continuum, furiously stabbing itself to death. It's a cosmic self-murder, an outer-dimensional bloodbath, each blood drop a seed destined to spawn new and abhorrent life forms.

XYTHLIA's music is the perfect visionary soundtrack for such a brutal, mutant universe: it constantly changes shape, skilfully alternating complex concatenations of schizoid death-grind riffs with short atmospheric interludes and space noises, dissonant and slanted melodies with sudden bursts of metal speed or crushing slow tempos. All is held together by Stanger's unparalleled technical abilities and his tasteful, intense songwriting.
“When quarantine started, I had nothing but time to kill with a myriad of frantic uncertainty and anxiety,” Stanger explains; “this record is a reflection of that. It's a concept album that follows a character experiencing the full extent of isolation throughout infinite time.”

Experimental and bold, as well as fully satisfactory in its short length, XYTHLIA's “Immortality Through Quantum Suicide” testifies the birth of a new talent capable to look beyond the narrow confines of extreme metal, and to push it through the horrors of the space vacuum.

Engineered, mixed and mastered by Nick Stanger
at Sound of the Northwoods in Minneapolis, Minnesota