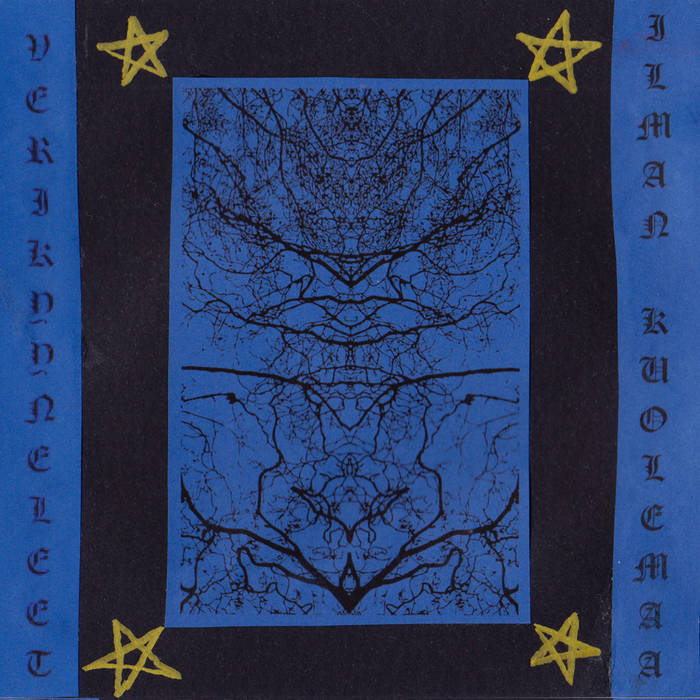 Active since the late 90s, Finland's VERIKYYNELEET (in Finnish, “Bloodtears”) have always remained in the shadow, releasing their do-it-yourself black metal recordings mostly in the form of raw demos and EPs. Recorded about 6 years ago, an embryonal version of “Ilman Kuolemaa” – the band's first proper album – saw the light of day in 2019 through Kyysirppi Productions, but for its official release on CD it has been expanded to also include songs, riffs and melodies composed almost 20 years ago, to fully unravel the primitive, mysterious, melancholic and dark essence of VERIKYYNELEET's black metal, also evident in the artist's own illustrations for the booklet.
This creation reflects ones spiritual transformation in over decade long search for wisdom and awakening. Even if some influences are clearly noticeable, this document should not be seen as tied to certain art forms, traditions, teachings or even time. For instance, black metal was just a natural choice to express glorification for the unmanifested and its mysteries. The source of inspiration, wisdom and power has many names and faces; however it will always stay untamed, abstract and unknown to the man. It is eternal and infinitive.
Listening to the atmospheric and epic melodies of “Ilman Kuolemaa”, a feeling of freedom and communion with nature arises from within. VERIKYYNELEET's music clearly emanates from an inner dimension made of dreams, melancholia and late-night meditations, where essence is always more important than the form, which generally is just a disguise. Detach yourself from all the man-made ideals and look beyond.