Funerals From The Astral Sphere 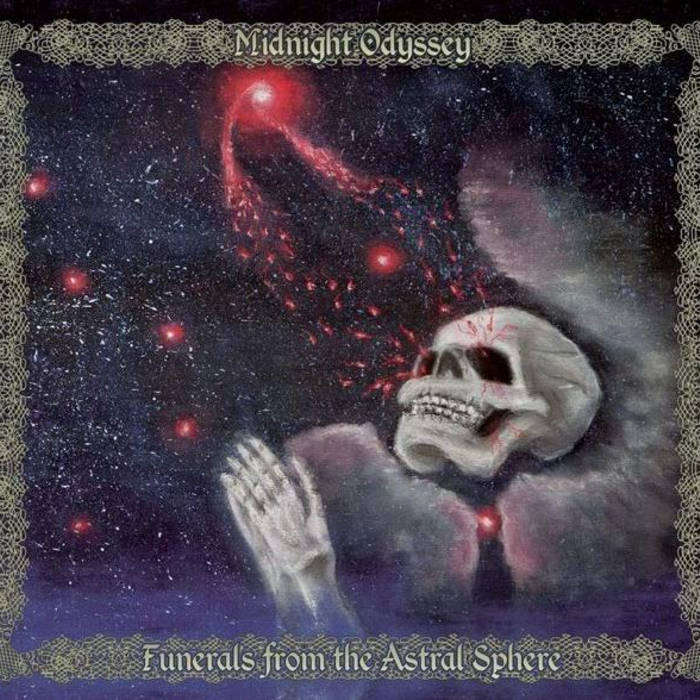 Lord_Niwakiru Brillant yet gloomy, both etheral and terribly heavy, this piece of music is an immense journey through void and death.
Akd when the last note rings, you can hardly believe that two hours have elapsed. A truely wonderful album. Favorite track: From A Celestial Throne.

Anders Kvistr This is where Dis Pater showed us what he's truly capable of. The melodies are cosmic and captivating and the whole album feels like a journey through a starlit firmament and mist covered forests. A work of art. Favorite track: Silently In Shadow.
more...

Officially formed in 2007 by the sole member Dis Pater, MIDNIGHT ODYSSEY has quickly found its own voice by crossing black metal with ambient, doom, folk, and kosmische musik.
“Black metal is the basic ingredient," explains Dis Pater, "but music ranging from dark ambient, neo-classical and folk to funeral doom and post-punk all play just as vital a role in my process of song-writing. There is an overall equality between the styles of music that influence me, and the ideal that binds them altogether is atmosphere.”
Inspired by Australia's wild landscape, with its ancient rainforests and stormy nightskies, "Funerals From The Astral Sphere" is a spiritual and dark observation on Death as a cosmic force of purification, coming from beyond the stars. “From personal experiences and completely imagined scenarios, the idea of death is something that fascinates me. With Midnight Odyssey I explore a world where humanity is void, dying and soon to be extinct. A world where forests reclaim the earth, animals once again are wild, and all signs of humanity are lost.”
“For all the amazing things humans are capable of,” concludes Dis Pater, “I absolutely abhor the human race, and I hope there is something out there more powerful and meaningful than humanity. Something that can eventually extinguish our flames.”