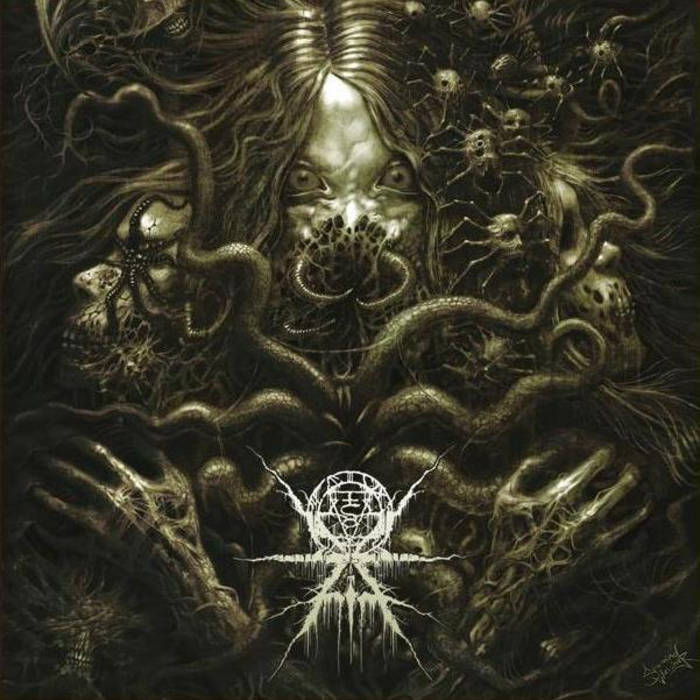 Moody Tuner Embalmer Jams? Meditations in misery? Aural serial killers? Bardo waiting room music? Inverted Schumann resonances? Sound track to a black hole (that your soul is siphoned through)? Dark art for sure that will give your goosebumps, goosebumps. If you let someone else hear you play this album they may think you've lost your mind and maybe you have. Favorite track: Hierophant Disposal Facility.
more...

Born in Fort Lauderdale, Florida, and lead by Matron Thorn and Ascaris (both active under the black metal insignias of Benighted In Sodom), ÆVANGELIST play dark death metal to end all death metal. Like in a terrifying exorcism, the duo has extracted the very essence of the genre out of its carcass, showing it in all its putridity and disgust through the asphyxiating sounds and the growling choirs of the debut album "De Masticatione Mortuorum In Tumulis".

There's a disturbing and totally hallucinating atmosphere haunting their songs; something that assaults and violates the senses, and that works on the subconscious in subliminal, occult ways.
Comparable perhaps to Portal, Mitochondrion, Vasaeleth and even late Blut Aus Nord, ÆVANGELIST ride on majestic black wings, dispensing chaos, darkness and fever like rotten hosts with which to feed countless agonizing souls. You won't find anything pleasant in this dark epiphany. No melodies, no nice hooks, no frills. Just ugliness and utter despair; the tortured screams of those who already inhaled the nauseating, unbereable stench of death while waiting for the horrendous vacuum of non-existence that lays beyond...

"WE ARE ÆVANGELIST, THE PROPHETIC ART OF THE ULTIMATE OBLIVION OF THE UNIVERSE, HERALDS OF AN APOCALYPTIC DEATH THEOCRACY. LOOK UPON THE SETTING SUN AND DESPAIR."