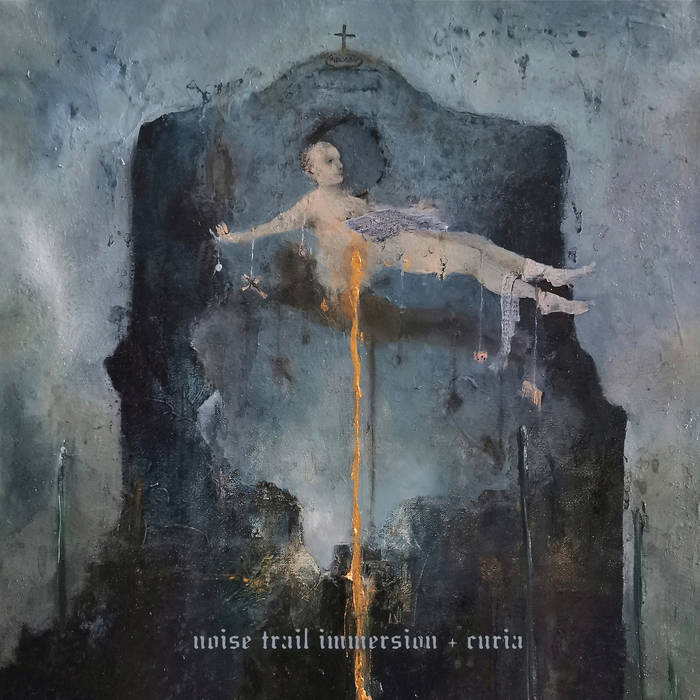 Slut Aus Nord Took the nigh-monolithic blackened mathcore of their previous effort and infused it with spiritual unease... One more twisted journey from one of the most original bands around. Also appreciate how the classical guitar sections feel well-written and performed, rather than being a gimmicky set of interludes as lesser bands would do. Favorite track: Il grande confine.

Darknight Here we go again, the masters of dissonant chaotic black metal return with Curia. Happens to be a mega noise banger that totally engulfs you inside there madness, there is no other band like Noise Trail Immersion so welcome them with open arms. Favorite track: Coercizione.

vacant planet Italy's finest purveyors of dissonant chaos return with a remarkable new emphasis on atmosphere, dynamics, and experimental passages. a lot to digest but it is a thrill ride throughout. Favorite track: Vanente.

After the 2018 release "Symbology of Shelter", which culminated with total desperation and nihilistic chaos, NOISE TRAIL IMMERSION are back on the scene with "Curia", their most mature and spiritual record to date. Resuming from the pandemonium unleashed in the final part of the band's last record, the new album starts off from a zero point and sets the beginning of a totally different path: a path starting from absolute void and reaching, after a troubled journey, a sort of eerie and mystic cohesion with the Obscure.

The overall atmosphere is characterized by an aura of 'sacred dissonance', which aims to bring us real knowledge of obscurity, uneasiness and bleakness, by accepting them
as part of man's gist and therefore giving them a spiritual character, without relentlessly forcing them to disappear from our essence.
All of this musically translates into completely new influences, like dark folk and contemporary liturgical music, which have been incorporated and blended with NOISE TRAIL IMMERSION's typical and ambitious mixture of dissonant black metal, mathcore and post-metal.

To emphasize these new musical contaminations, the album has been shaped with a circular structure: three tracks out of ten - placed respectively at the start, in the middle and at the end - consist only of gloomy and emotional classical guitar parts, creating a conceptual link that enforces the overall idea behind the album.
The stunning artwork from Sergio Padovani perfectly encapsulates the concept of a chaotic spiritual journey centered on man's attempt to reach inner awareness by returning to the Wholeness.