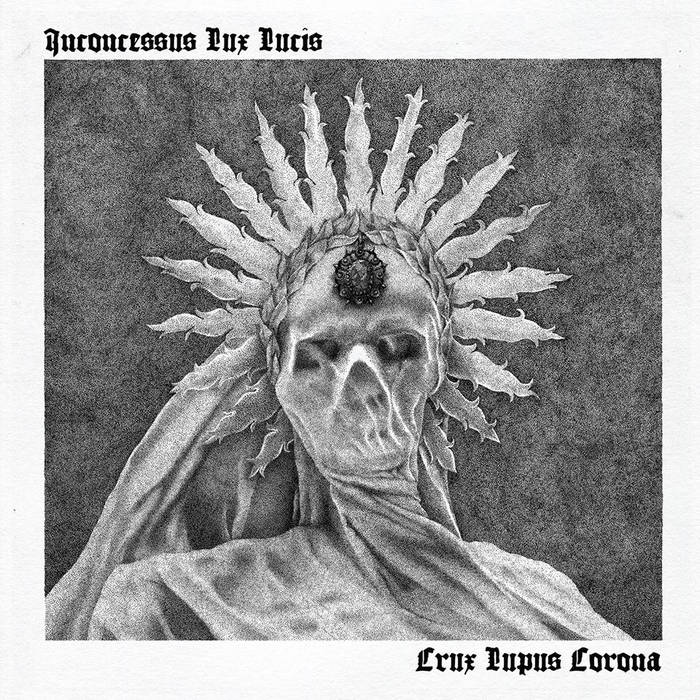 Ruarc If you're looking for an alternative to jazzy, dissonant black metal so prevalent out there this could be for you.
Crux Lupus Corona goes further into classic metal territory than Inconcessus' debut album and there's not a single second that's dragged out. I'd love to hear these lads on stage.

Heretic in the Sun

A duo comprised of W. Malphas (guitars, drums, vocals) and A. Baal (bass), INCONCESSUS LUX LUCIS offer a very personal take on occult/satanic black metal by embracing the fierce aggressiveness of 80's metal and the formidable grooves of 70's hard rock. The result is what the band calls Saturnian Black Magic.

"INCONCESSUS LUX LUCIS should be perceived as a fissure in this reality, through which the night can freely creep. We are smugglers of spiritual contraband!" exclaims singer/guitarist W. Malphas. "There are beautiful and cunning forces at work, lurking behind the hollow veil that we call the material world," he explains. "Beings that abhor these fleshy husks we walk around in so arrogantly, beings that love to shriek mockingly at the absurdity of the human race’s mass delusion. We’ve been unwillingly thrust into god’s image, wherein lies the inherent belief that we too must perceive ourselves as some fragile, fearful ego, housed in clay, as something separate from the ageless and limitless beauty of the vast nothing."

After a well received debut titled "Disintegration: Psalms Of Veneration For The Nefarious Elite" on Nomos Dei Productions, INCONCESSUS LUX LUCIS release the "Crux Lupus Corona" EP, inspired by the eponymous constellations and the occult significances they imply.