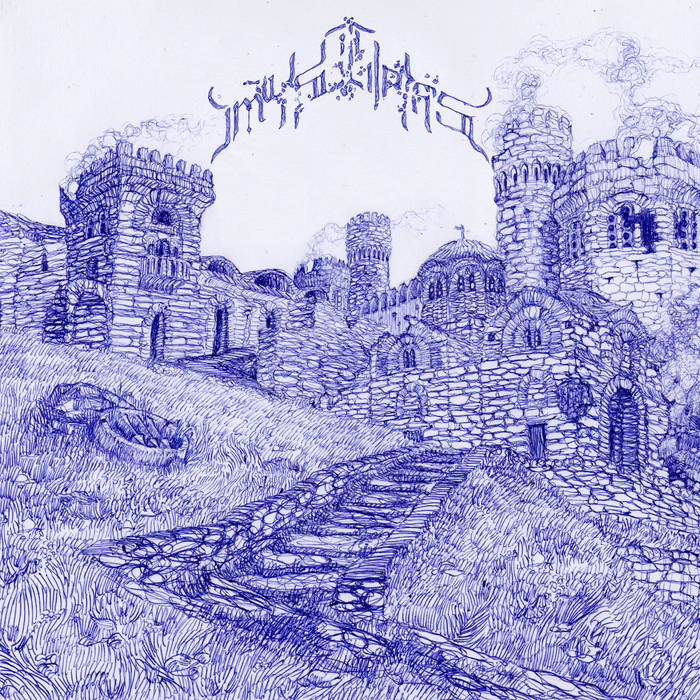 Louis Jagger I think this might be Ayloss' best work so far tbh, and one track in particular made me feel extremely deeply about my Greek ancestry Favorite track: The Zealots of Thessaloniki.
more...

As if the monumental “Wanderers: Astrology of the Nine“ split album with MARE COGNITUM released earlier this year wasn't enough, the tireless Ayloss of SPECTRAL LORE is back with a new and fascinating black metal entity called MYSTRAS, today at the debut with “Castles Conquered and Reclaimed, a work destined to cement the already legendary halo surrounding the Greek musician.

The album consists of 9 numbers, equally divided between black metal epics like “The Murder Of Wat Tyler” and “Storm The Walls of Mystras”, and a handful of covers from the Medieval folklore and the Ars Nova repertoire, used as atmospheric interludes and masterfully interpreted with the help of illustrious guest musicians from LÜÜP, ART OF SIMPLICITY, NEDA and SPIDER OF PNYX.
Slightly rawer than Ayloss' other project, yet equally imaginative and progressive, “Castles Conquered and Reclaimed” mixes some of the aggressiveness from SPECTRAL LORE's “Sentinel” with the folk melodies of “Gnosis”, but there's no doubt that MYSTRAS take on a life of their own thanks to a vibrant and convincing songwriting built on fast, savage riffs, strong melodies and majestic atmospheres perfectly married to a unique concept.

In fact, in Ayloss' intentions MYSTRAS' music is meant to shed some light on unsung acts of valour and bravery from the Middle Ages, but subverting the tropes by focusing on common folks instead of kings and nobility. “The album tells the stories of those downtrodden under the shiny heels of knights and lords,” he explains; “those who chose to rise up for freedom against innumerable odds and that most often perished, sacrificing themselves for the well-being of the next generations. MYSTRAS is Medieval Black Metal against Empire and Aristocracy.”

Recorded, mixed and mastered at the Stellar Auditorium by Ayloss, 2019-2020
Vinyl mastering by Colin Marston