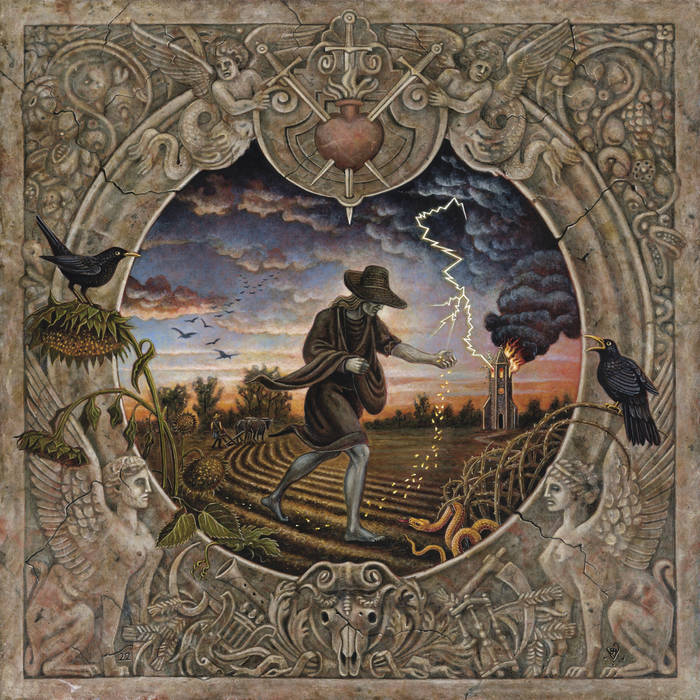 Anonima Be forewarned, this is marvellous!

David Fischer I absolutely adore Forlesen's monumental debut. Hierophant Violent at first listen excited an immersive, magical feeling inside of me and does so until this day. Judging from Strega and the description, Black Terrain will continue right where its predecessor left off and deliver an even more magnificent scope - although, in complete honesty, I can hardly imagine that being possible. I am keen and ready to be proven wrong! Full review inbound on the 28th of October.

Featuring members of Botanist, Lotus Thief and Kayo Dot, FORLESEN draw from epic doom, black metal, slowcore and dark ambient to subvert traditional songwriting with their new full-length, "Black Terrain", which weaves heartbreak and hypnosis to show FORLESEN at their most vulnerable and vicious. The band formed in San Francisco at the end of 2016 and released their debut, "Hierophant Violent," in 2020. Now based in Portland, OR, FORLESEN continue their compositional evolution, expanding into previously untapped musical realms.

As with their debut, "Black Terrain"’s monolithic songs, at times approaching twenty minutes in length, fully immerse the listener in a contrast of the serene and cacophonous. “Strega” begins shrouded in an eerie atmosphere before embarking on a journey from vulnerable ballad to hymnal dirge. The ferocity of “Harrowed Earth” thrusts the album into the realm of black and doom metal. In the aftermath, “Saturnine” brings the album full circle, culminating in an ethereal mantra. "Black Terrain" evokes a sense of the grand, but also the intimate. Each instrument and voice is carefully placed and each musical transition seamless to prevent the mesmerizing spell from being broken.

FORLESEN have crafted a stunning cinematic masterpiece, worthily complemented by an extraordinary cover painting by Benjamin A. Vierling.

Music and lyrics by Ascalaphus, except lyrics on "Black Terrain" by Bezaelith.

All music arranged by Forlesen. Drums and Hammond B3 recorded by Justin Phelps at the Hallowed Halls, Portland, OR. All other recording done in various home studios between 2018 and 2021. Mixed by Jack Shirley at the Atomic Garden, Oakland, CA. Mastered by Garrett Haines at Treelady Studios, Pittsburgh, PA.