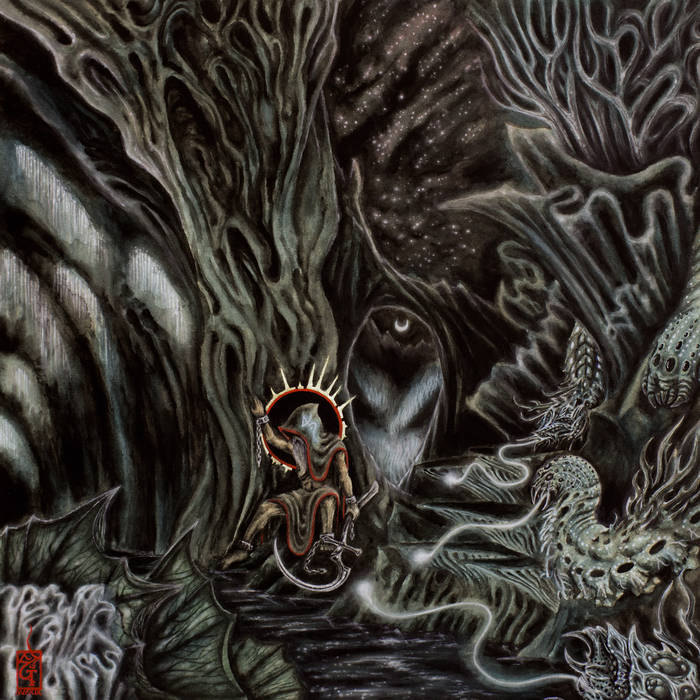 bcb723 Epic - pure and simple. 7 songs, the shortest being 8 and a half minutes. This is strangely comforting music that transports me to certain places and times in my mind. Remember watching the original Conan the Barbarian movie as a kid? Ever wished it had a black metal soundtrack that leaned heavy on synths? Your wish has now been granted. Actually fuck it... I'm going to watch Conan now on mute and play this shit again. Favorite track: Biolume.

Fishermang One of the most special things I have ever heard. Endless and infinite in atmosphere, emotion and meaning.

Omega Walrus Mystical, otherworldly, melancholic, uplifting. Midnight Odyssey can be all that in a single moment. Dis Pater once again shows an amazing mastery of melody, atmosphere and emotional resonance within the black metal framework he has chosen for his art. I love his wall-of-sound, ethereal, synth-laced approach to the genre. Favorite track: A Storm Before A Fiery Dawn.
more...

Four years after their second album, the highly acclaimed “Shards Of Silver Fade”, MIDNIGHT ODYSSEY return with “Biolume Part I – In Tartarean Chains”, the first in a trilogy of albums exploring the themes of banishment and exile, of fallen gods and resentment, of sacrifice and despair. A representation of things that have been taken from us, and the desire to return to a previous embodiment or form.
Once again, sole member Dis Pater recounts the ultimate journey through death in the shade of a Nature apparently indifferent, yet always compassionate in its embrace and glorious in its beauty . “When coming up with the ideas for Biolume, I was thinking of how the relationship of light and darkness are tied together,” explains the Australian musician. “In the darkest caves, the deepest parts of the ocean, there are lights which are produced by organisms, with no need for the sun. Darkness is seen as a place of banishment, you are expelled from the light. To survive you have to create your own light, which no matter how faint, enables you to see enough of what you need.”

Graced with a visionary cover painting by the inimitable Elijah Tamu, “Biolume Part I - In Tartarean Chains” follows in the footsteps of MIDNIGHT ODYSSEY's previous works, offering nocturnal melodies of cosmic proportions solemnly raising from black and doom metal dungeons, spread across carpets of dark electronics. “I wouldn't call it a more straightforward album, but it is certainly more focused," Dis Pater says. "I consider this the beginning of the second chapter of Midnight Odyssey, with a familiar sound but new texture.”
And concludes: “There's a level of spite in this album that I don’t feel I’ve properly expressed before. This is the music I’m singing and performing not as an entertainer, but as a messenger of death, as a temporary vessel with whom the universe channels its most darkest and hidden truths.”

Dis Pater - all instruments and vocals