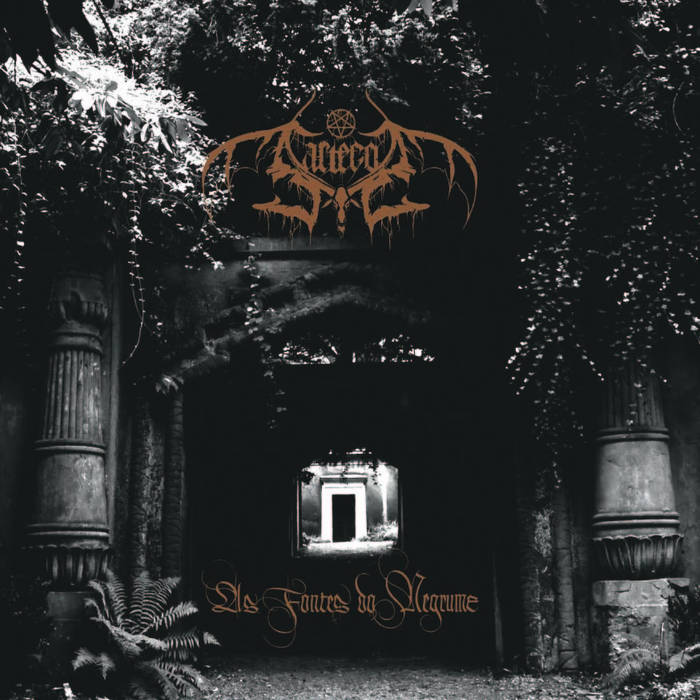 Buy VINYL from our ESHOP:
metalodyssey.8merch.com/product/sartegos-a-fontes-do-negrume-lp/

SARTEGOS was conjured in late 2008 by Galician guitarist/singer Rou in order to perform a bastardized mixture of Black and Death Metal inspired by old masters like Demoncy, Mystifier, Mayhem, early Rotting Christ, Mortuary Drape, Archgoat, Varathron and Profanatica.
The first ritual, "A Serpe do Escarnio", was self-released in March 2010 as an edition of 100 pro-tapes, part of which were sold together with issue #2 of the Spanish zine "Apokatastasis."

In May 2011 Vindok joined on drums and the band started rehearsing as a duo. The alchemy between the two musicians spawned the "Mortualha" demo, released that same year in pro-tape format by the French label Chalice Of Blood Angel.

In 2013 SARTEGOS return with their official debut MLP entitled "As Fontes Do Negrume" ("The Origin Of Darkness") to sanctify Death and to celebrate the unspeakable mysteries of the Great Serpent. This rotten and venomous host is made of the best SARTEGOS songs to date, 5 hymns plus intro and outro performed under a dim necromantical light. A step forward into the morbid and macabre path the band is following since birth.