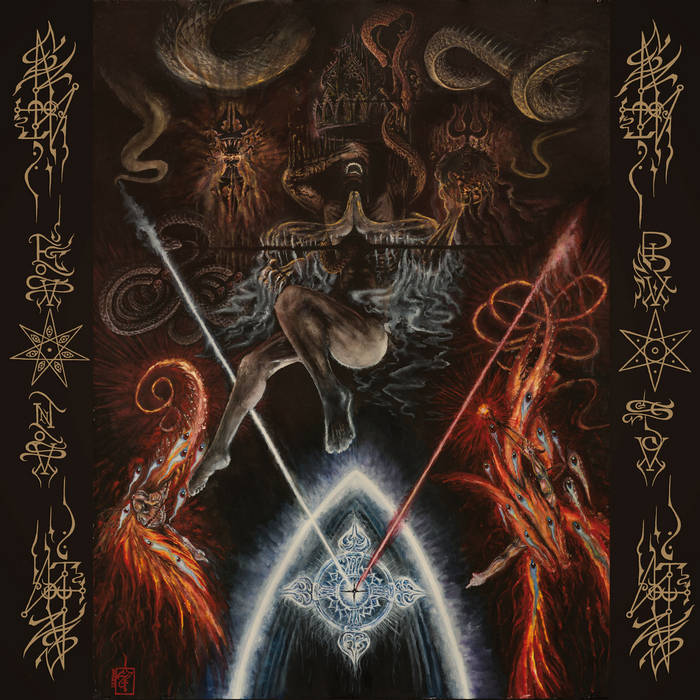 Initially based in Missouri, USA but now situated internationally, LO-RUHAMAH have been active since 2002 and debuted in 2005 with an eponymous EP, which was followed by 2007's astounding full-length, “The Glory of God”, an influential album that focused on the tensions of opposites found within the spiritual and mystical life. The album left a lasting impression by incorporating textured instrumental and delayed, reverberated approaches into its sound. The ambitious depth and complexity of LO-RUHAMAH's debut was timely in the underground, but its demanding themes and protracted length left it a polarizing album for some music critics and fans. In the 10 years of near silence since then, they have perfected a musical language that plunges into avant-garde and esoteric black metal, as well as into a frantic and gasping death metal, and this informs the band's mesmerizing new work, “Anointing”.

In this album, LO-RUHAMAH take threads from direct spiritual experiences involving the dissolution of reason and the human mind, enlightenment, desperation, self-destruction, will, visionary experiences, cosmic ruination, and the lines between humanity and divinity. These concepts are approached with often hallucinogenic imagery and language, echoing and refracting alternate states of consciousness.

Graced by Elijah Gwhedhú Tamu's amazing cover painting, depicting a stark vision of spiritual volition and frenetic movement, “Anointing” removes the arbitrary line between death metal and black metal with uncommon creativity and passion, experimenting with the juxtaposition of mind-boggling bass lines, serpentine guitar riffs, and a vocal performance that alternates between growls and schizoid howls. A dance of religious ecstasy and hellish pain.