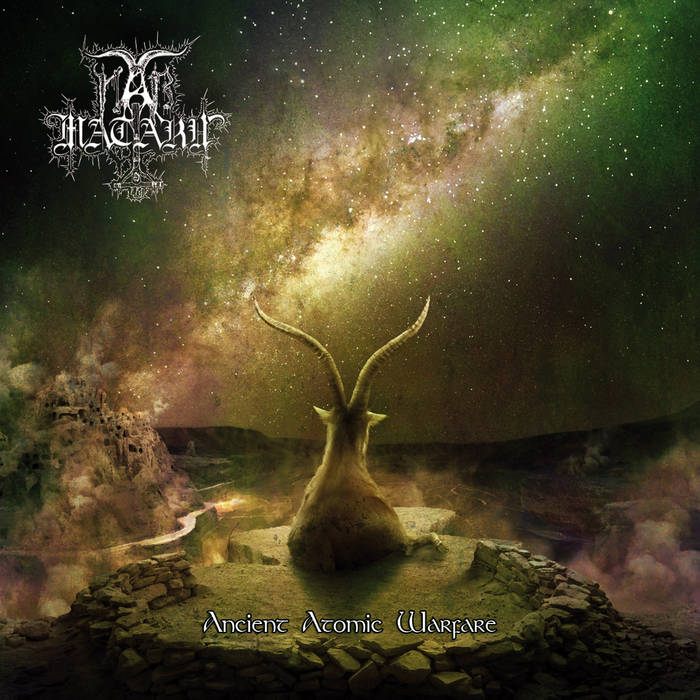 ant4gonist So, this music is really awesome, what brings the whole record down however is the sample of the Führereid in the beginning (which was discernable only after several listenings). It's really shameful and I did expect better from I, Voidhanger Records.
Fascism only benefits the rich, keep that in mind.

Mark-Oliver sardonic atmospheric death'n'doom from these monsters from chile. get it! Favorite track: Ancient Atomic Warfare.

Richard Neary This is one of those rare albums that starts well and gets stronger towards the end. Bought on a whim- this has become a regular listen for me.

Majbritt Levinsen Death metal heavier than lead and I like it! Favorite track: Ancient Atomic Warfare.

Joined by new singer Bliol, NAR MATTARU's core members Francisco Bravo (bass/guitars) and Andrés Gonzáles (drums) revive the old-school death metal canon in 6 tracks filled with ominous and portentous riffs, abyssal bass-grooves and thunderous drums, crafting an inimitable and intimidating sound, heavy as fuck.
As the album title suggests, “Ancient Atomic Warfare” evokes visions of an archaic past, a cruel and primitive era where Lovecraftian forces of Evil and the darkest Sumerian gods battle for the supremacy over earth, leaving behind a devastated scenery of ruins, death and decay. It's the sound of the Apocalypse before mankind's advent... the end of the beginning.

True and worthy heirs of Dominus, the Chilean death metal legend founded by Francisco Bravo and Andrés Gonzáles in 1992, NAR MATTARU are one of the most sincere and credible exponents of today's death metal, done the old way, but fresh and exciting like 25 years ago.

All music by Nar Mattaru